TOP general Mark Milley reassured the public on Wednesday that we "don’t take oath to a tyrant or dictator" in a jab at President Donald Trump after a Pentagon leadership purge. 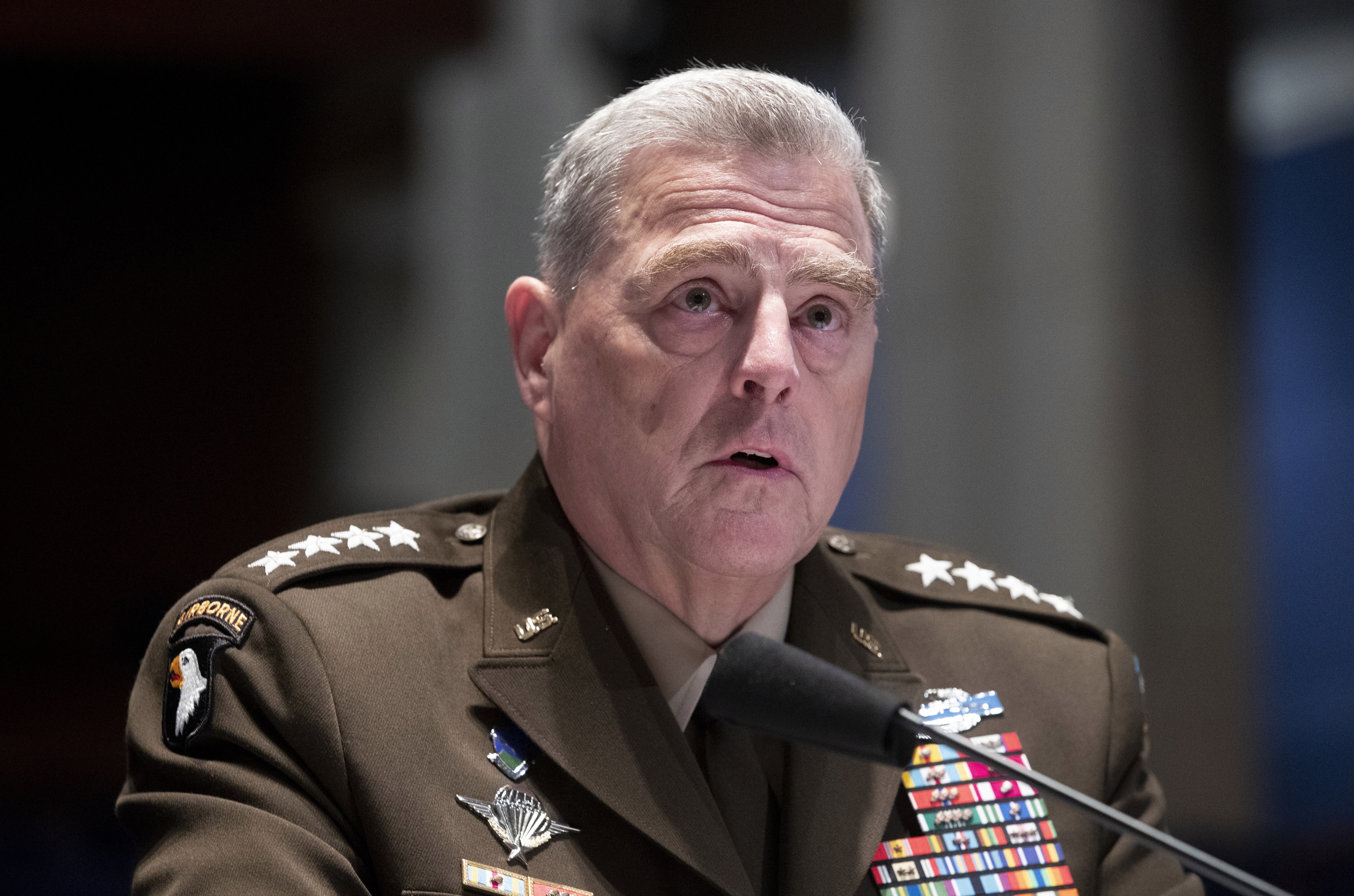 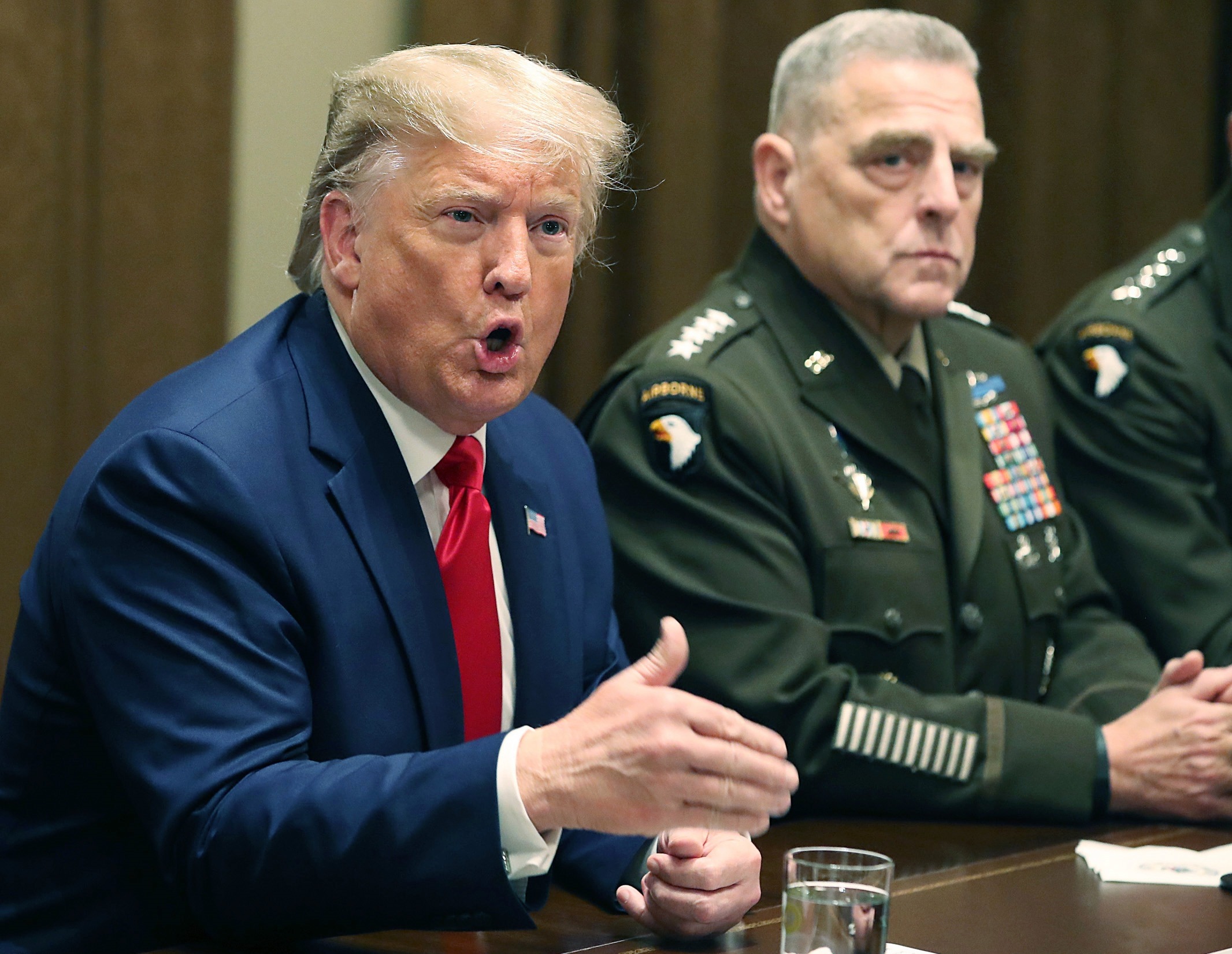 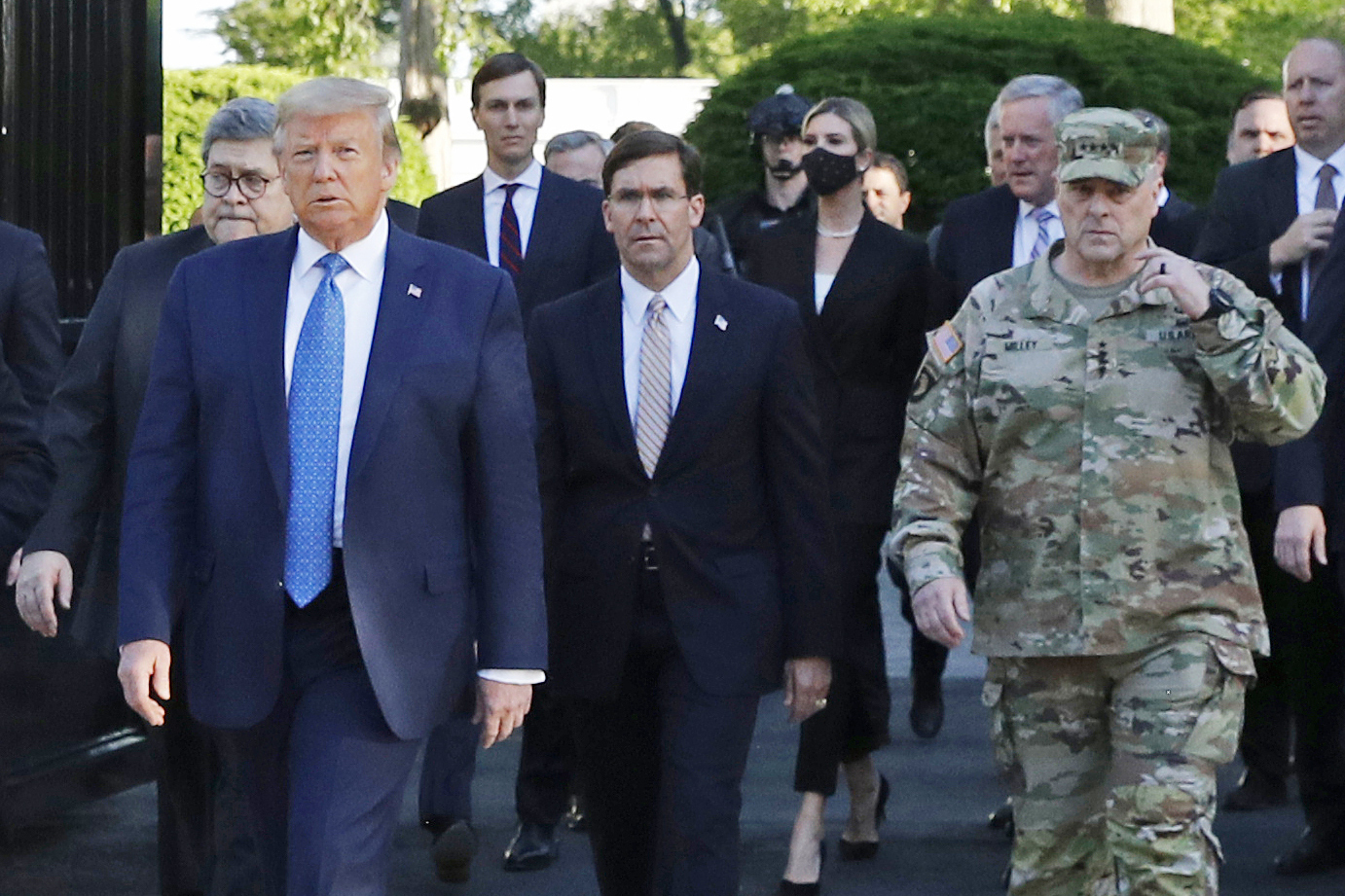 His speech comes as President Trump "terminated" Secretary of Defense Mark Esper through Twitter earlier this week – and replaced him with counter-terrorism chief Christopher Miller.

In addition to the abrupt change, the Trump administration has alsoinstalled three White House loyalists to senior Pentagon policy positions.

“We do not take an oath to a king or a queen, a tyrant or a dictator.

He added: "We take an oath to the Constitution, and every soldier that is represented in this museum – every sailor, airman, marine, coastguard – each of us protects and defends that document, regardless of personal price." 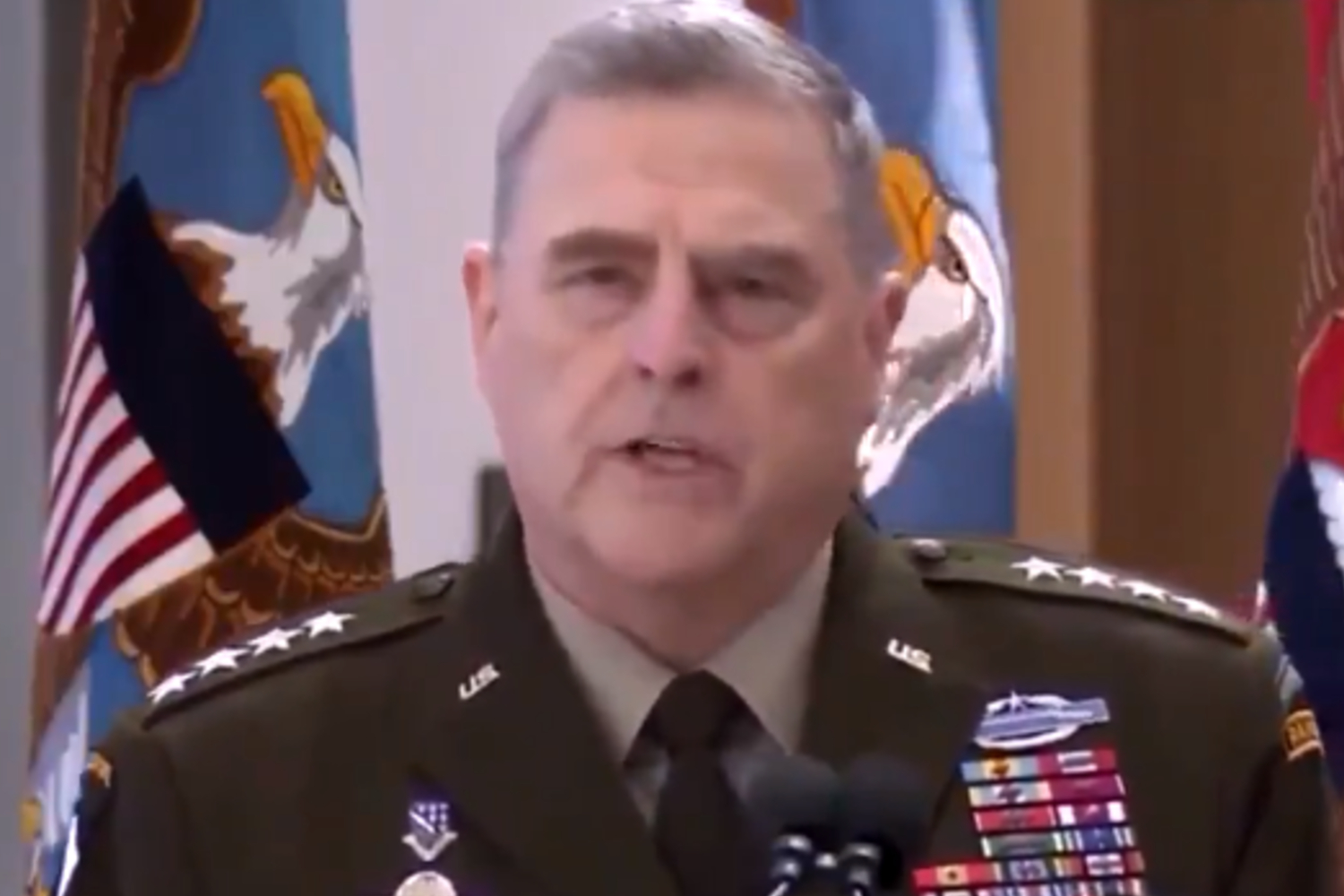 It is unknown what has sparked the president to make the recent changes in the White House, but worries loom as some suspect it has something to do with Trump refusing to concede defeat.

The president has refused to admit his loss to Biden – who was announced as the President-elect by major news outlets on November 7 – as he has alleged the election was "fraudulent."

Miller, the Acting Secretary of Defense Miller, has spoken out for the second time since Trump installed him in the Pentagon, according to a CNN reporter.

He reportedly said: “I want to assure the American public, and our allies and partners, that the Department of Defense remains strong and continues its vital work of protecting our homeland, our people, and our interests around the world.”

Miller is a former soldier, who served as Senior Director for Counterterrorism and Transnational Threats at the National Security Council (NSC) until December 2019. 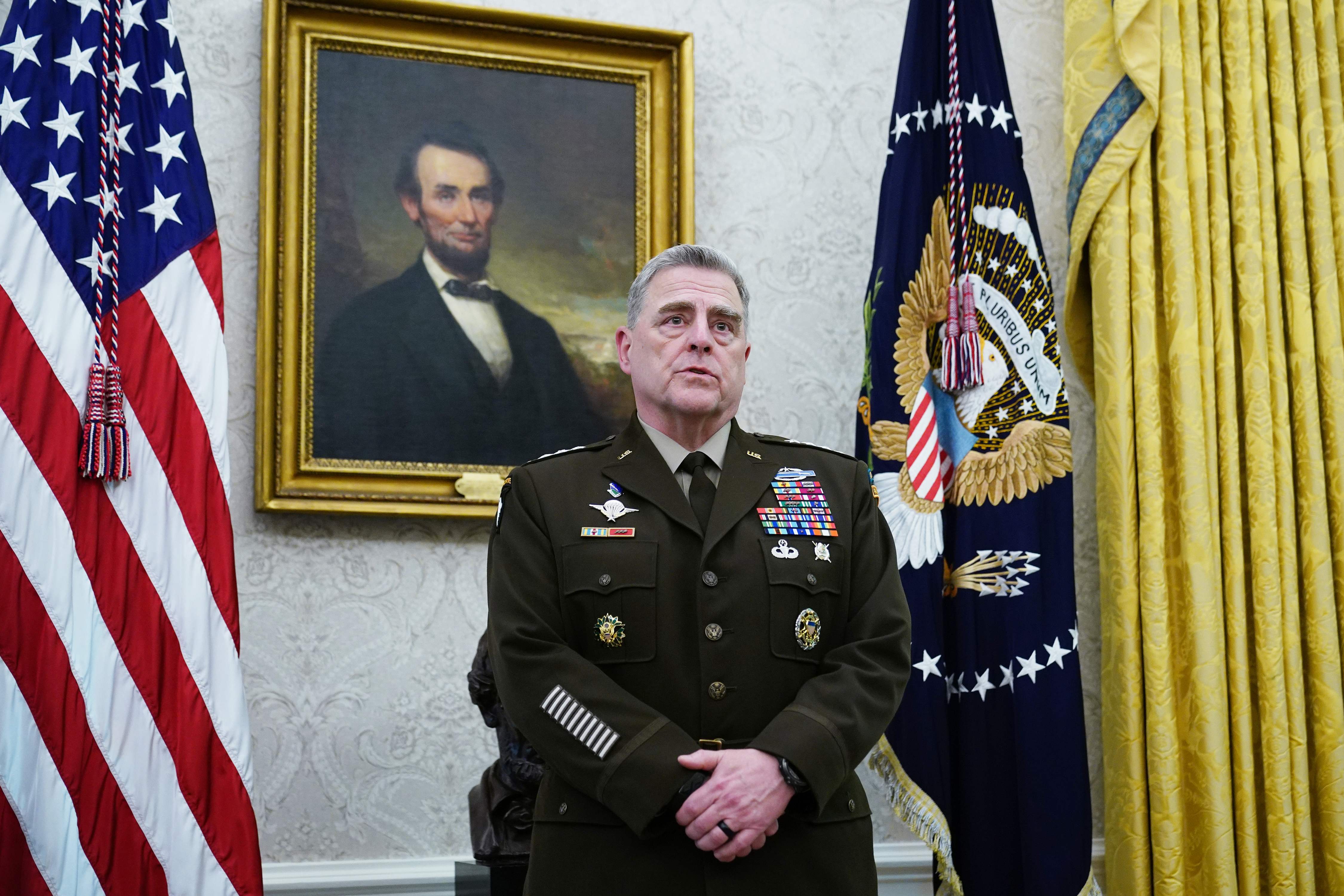 However, questions have arisen on why Esper was outed, on whether the president plans to enact police changes in his final days in office, and if Trump would attempt to use the military to keep him in office past Inauguration Day.

Back in August, Milley told Congress that if there is a "dispute over some aspect of the elections, by law U.S. courts and the U.S. Congress are required to resolve any disputes, not the U.S. military.”

Miller's statement read: "I want to thank Dr. Anderson, Admiral Kernan and Jen Stewart for their service to the nation and the Department,.

"Over their careers each has contributed greatly to the national defense and the future of the Department of Defense. We wish them the best in their next endeavors."

Navarro spoke to Fox Business outside the White House and said the Trump administration has “what appears in some sense to be an immaculate deception.”

Navarro continued to claim that Trump won the election, “If you look statistically at what happened, clearly the president won this election, he was leading on Election Day.

“And then, after Election Day somehow in these key battleground states, they got just enough votes to catch up to the president,” Navarro added.