Shadow health secretary John Ashworth was forced to wrestle with his umbrella and was almost hit by a lighting rig during a moment of live television antics he lamented would ‘go viral no doubt’.

Chaos erupted during Sky News’ Sophie Ridge on Sunday, as the MP for Leicester South was asked about the Government’s approach to the much-anticipated Covid-19 vaccine.

Speaking outside from his constituency, the politician gave the interview while braving the elements – largely torrential rain and visibly strong winds.

Scroll down for video 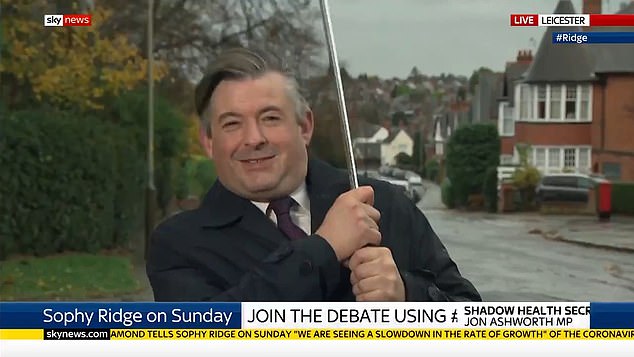 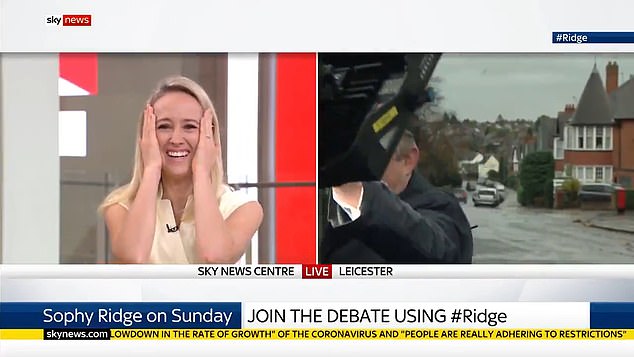 Just as it seemed all was well, a sudden gust of wind tore the umbrella from the Labour MP’s hand and blew a lighting rig towards him

Just as it seemed all was well, a sudden gust of wind tore the umbrella from the Labour MP’s hand.

Back in the studio, Sophie Ridge let out a gasp of, ‘oh no’, before letting out a laugh.

But more was to come, as just seconds later a lighting rig blew over, almost knocking into the poltician. 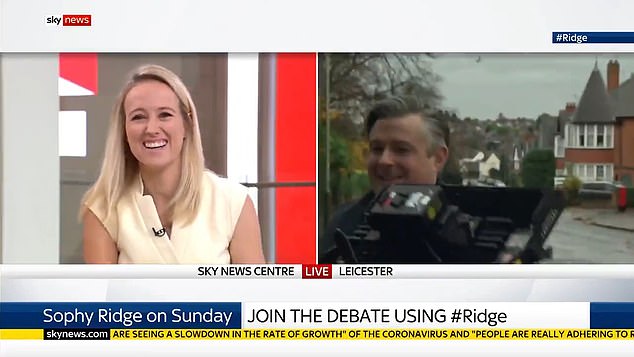 Putting her hands up to her face, Ridge asked her embattled interviewee, ‘if you need to take a moment?’

Seeing the funny side of the situation, Mr Ashworth laughed and simply said: ‘This is going to be one of those clips that goes viral, no doubt.’

The pair continued their interview, with Ridge finally ending the segment a few minutes later.

‘I’m going to let you go inside and warm up,’ she told him. ‘I hope you have a towel and a cup of tea waiting for you.’

She added: ‘Great British weather – you have to love it.’