A PENSIONER was mauled by a American pit bull in a horrific attack that lasted half an hour.

Mary Rollinson, 74,was savaged by the 25kg animal "like a lion attacking an antelope" and had to be rescued from the beast by five men beat who it away with a steel pole. 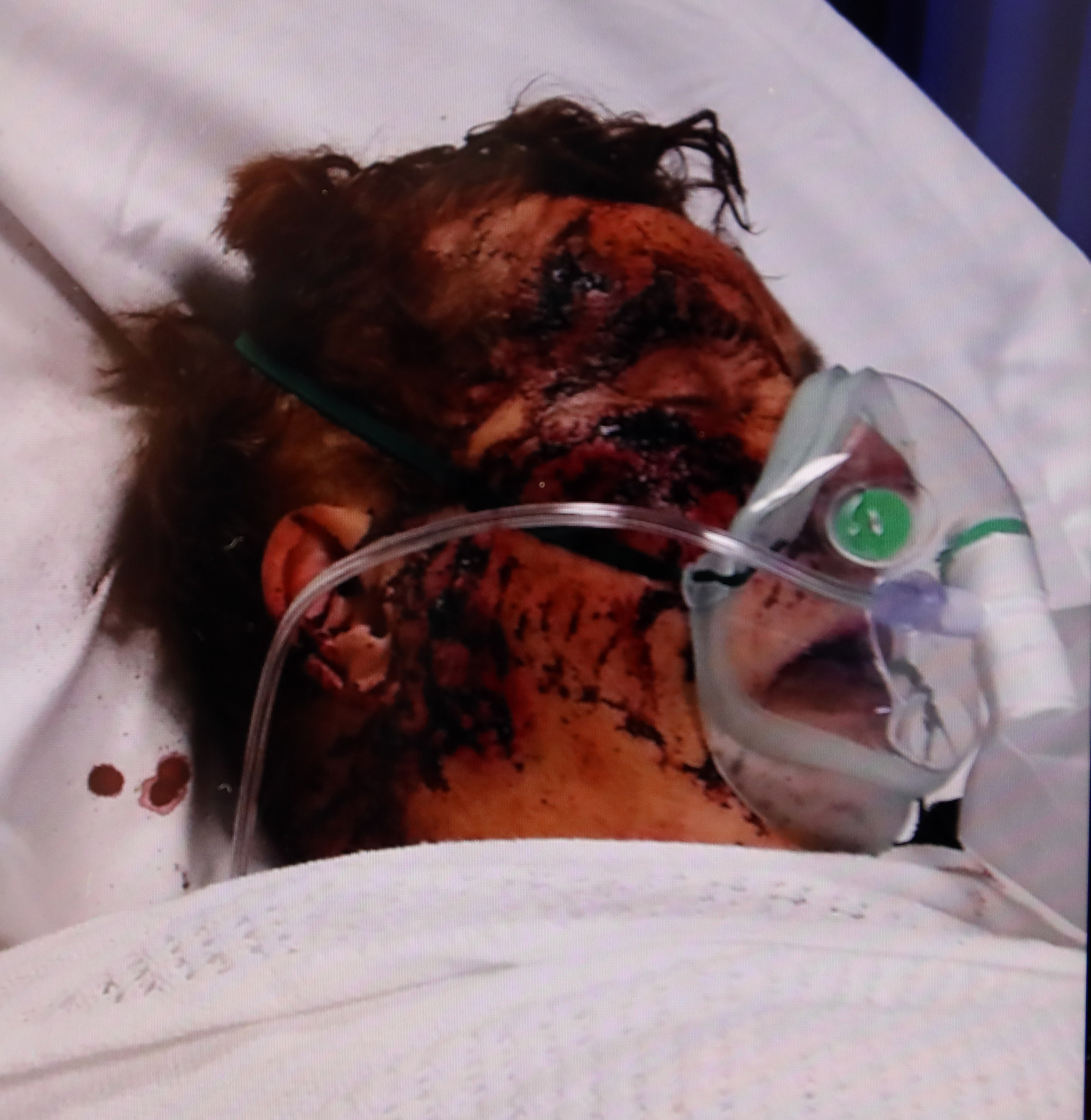 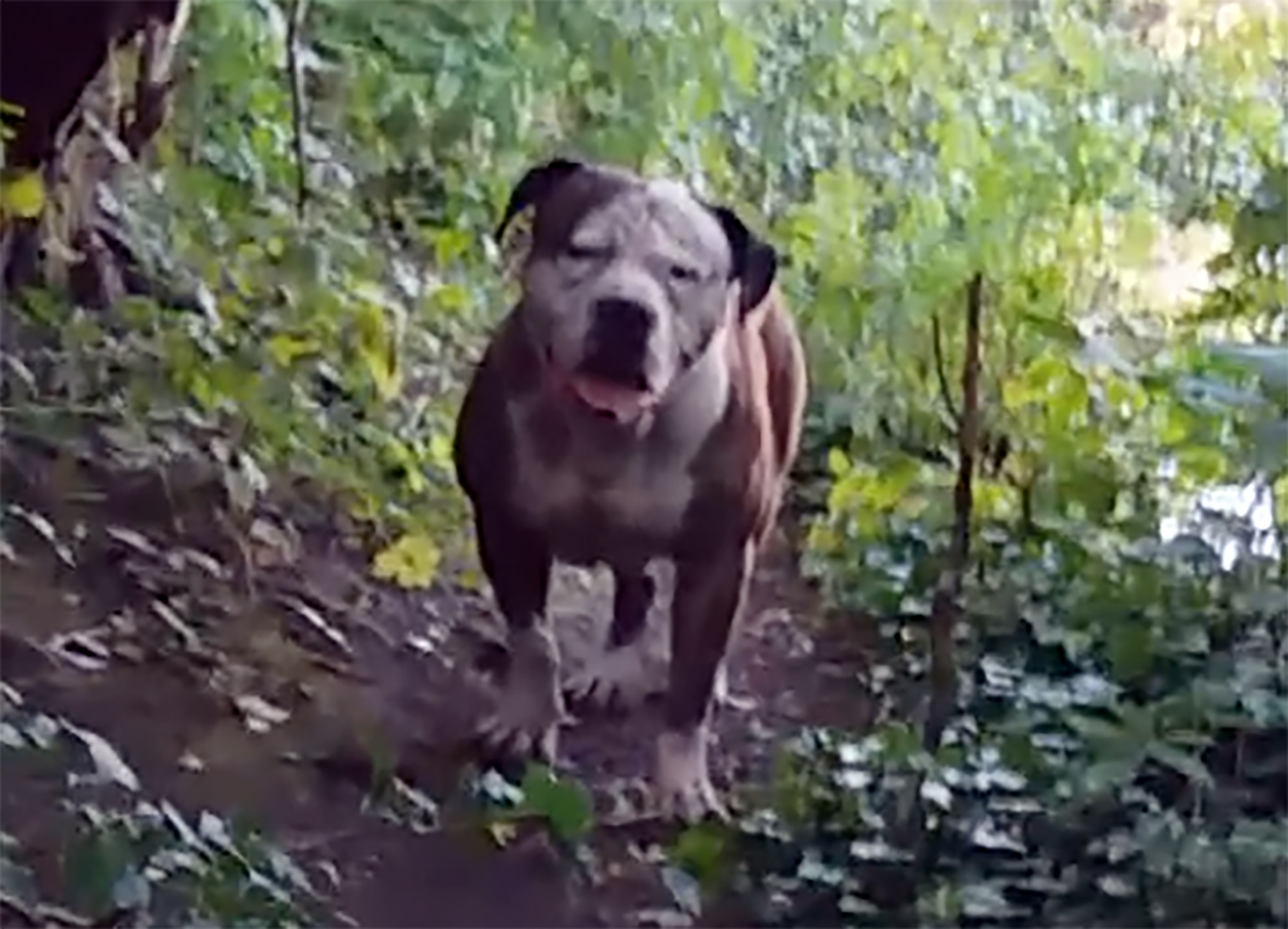 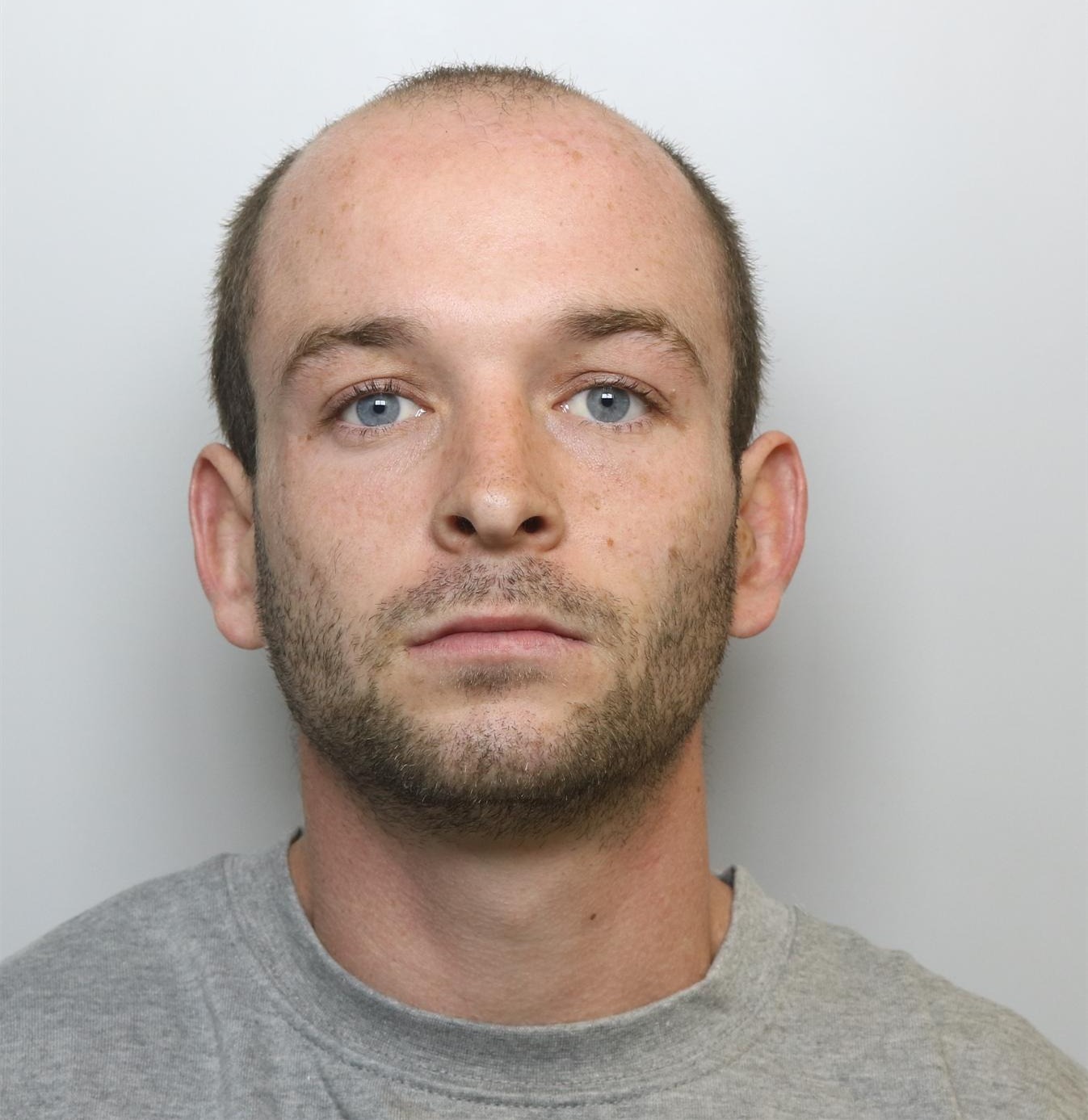 Daniel Cleary, the dog's owner, had only had the American pit bull terrier a week before it locked its jaws around her coat in Yeadon's Nunroyd Park in Leeds.

The 32-year-old who had been previously banned from owning an animal for ten years due to neglect, had trained the dog to fight in underground dog fights.

Mary, who had been walking in the woodland was attacked by the dog at around 9.40am on August 27 last year.

The beast had slipped its collar and knocked her over and dragged her into a pond, gripping her in its jaws.

Clearly had run off to get help, leaving his dog to maul the pensioner who screamed so loudly that men working at a nearby factory heard.

She suffered severe injuries, including the loss of a finger and muscle damage when her arm was bitten to the bone. But without the intervention of the five men she could have been killed.

I have never seen injuries like that from a dog attack. I can only liken it to a lion pulling an antelope about, it really was horrific.

Cleary was jailed for two years and seven months on Thursday after pleading guilty to owning a dog dangerously out of control when a person was injured and breaching a court order.

One of Mary's rescuers was bitten as he tried to prize her from its grip, but said he was so intent on recusing her that he didn't even feel it.

The dog was battered with a pile and kicked in the head until it eventually let go of the pensioner.

When Cleary, who lives in Leeds, returned to the scene he showed concern for the victim according to onlookers.

He said his girlfriend had bought him the dog a week before the attack and it had been trained by a previous owner to be aggressive.

He told police to put the dog down.

He was banned from owning animals for another 10 years.

Judge Neil Clark ordered the dog to 'be destroyed', saying it had not bitten during an assessment in which it was taunted but it still could not be safely re-homed.

Det Insp James Entwistle, of Leeds District CID, said: "This was truly an appalling incident where the elderly victim went through an absolutely horrendous ordeal being mauled by this large and powerful dog while she was out for a walk in the park.

"She suffered very serious and significant injuries that have required long-term medical treatment and has been left understandably psychologically traumatised.

"A number of nearby members of the public bravely went to her aid and managed to get the dog off her and I would like to pay tribute to the courage and community spirit they displayed during this incident.

"The lengthy prison term that Cleary has received should serve as a stark reminder to others of how seriously offences such as this will be treated, and we hope it will provide some level of reassurance to the victim who is having to live with the consequences of his irresponsible actions."

Mary was so traumatised by the attack that she has no memory of what happened to her.

"I cant thank the men who saved me enough for what they did, they were so brave and they saved my life."

Her partner Trevor Cornwell, 72, said: "I had been doing some gardening at home and Mary decided to go off for a walk around the woods and this thing came at her through the bushes and brought her to the ground.

"It dragged her off the path and into a pond and I'm sure that if those guys hadn't heard her screams it would have killed her, it was completely berserk.

"The injuries it caused are horrific, not like anything I have ever seen from a dog attack."

The modest heroes who saved Mary's life declined to be named, but one of them said: "I have never seen injuries like that from a dog attack. I can only liken it to a lion pulling an antelope about, it really was horrific.

"There were five of us in the end trying to hit the dog off with sticks but it wasn't moving at all.

"It was my colleague in the end who decided a better way rather than hitting it was to put the stick in front of it to try to get it to take the stick." 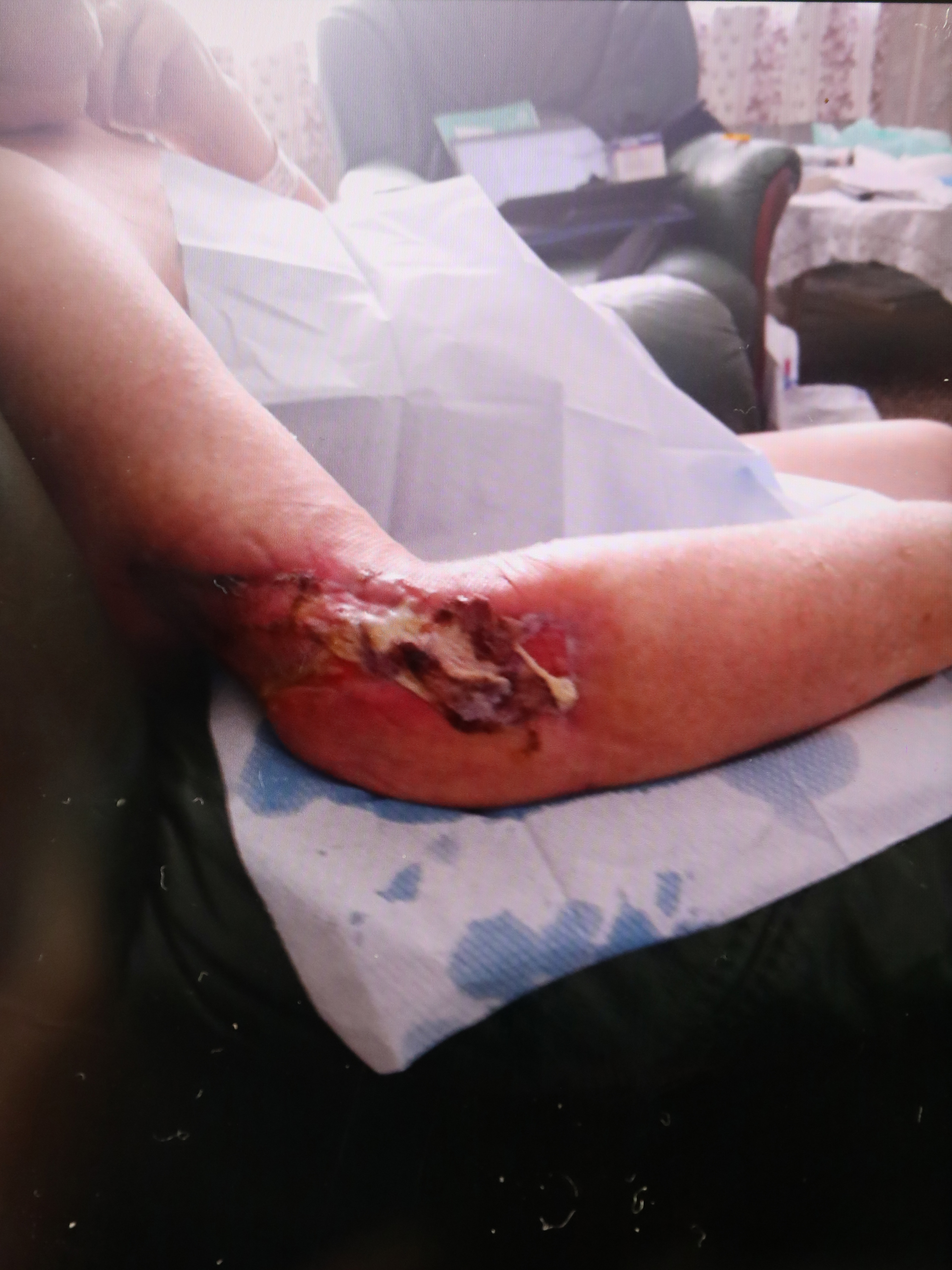 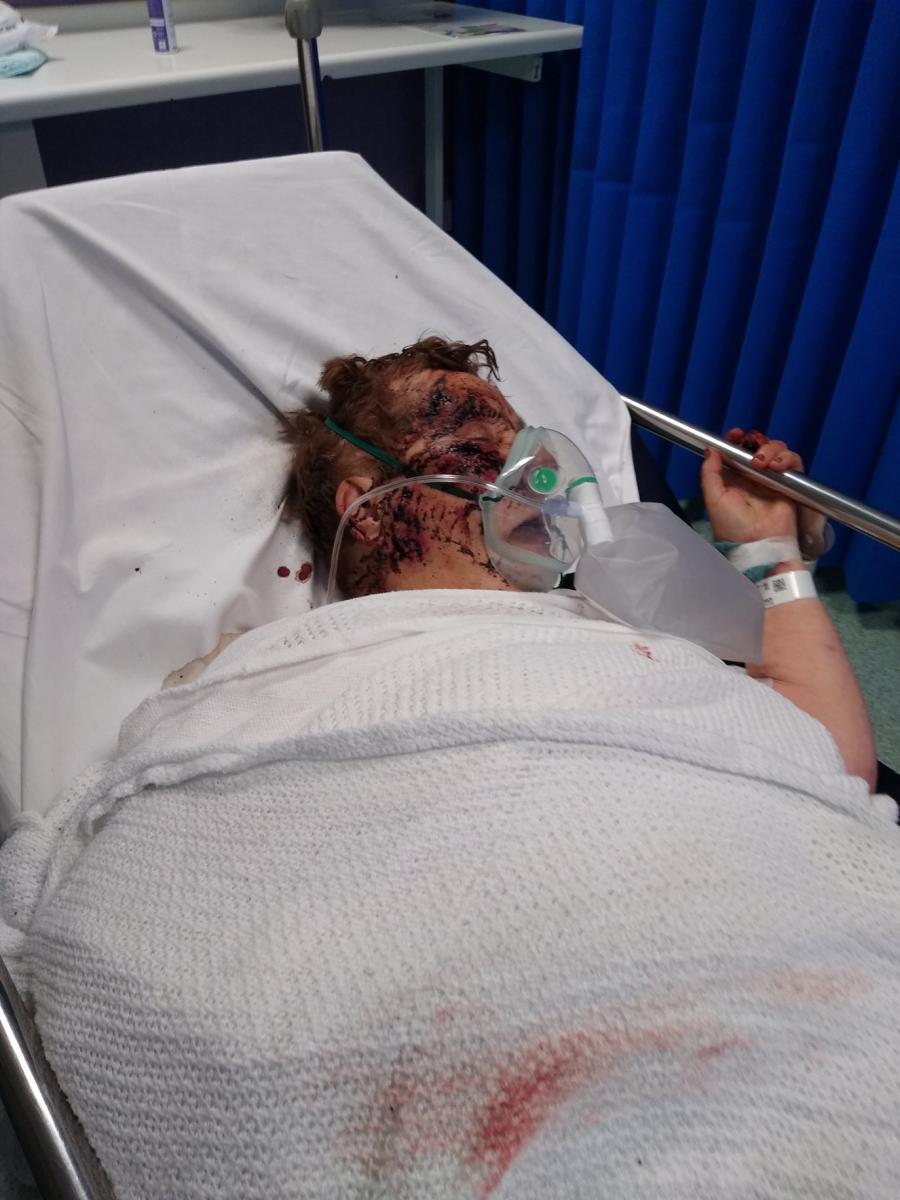 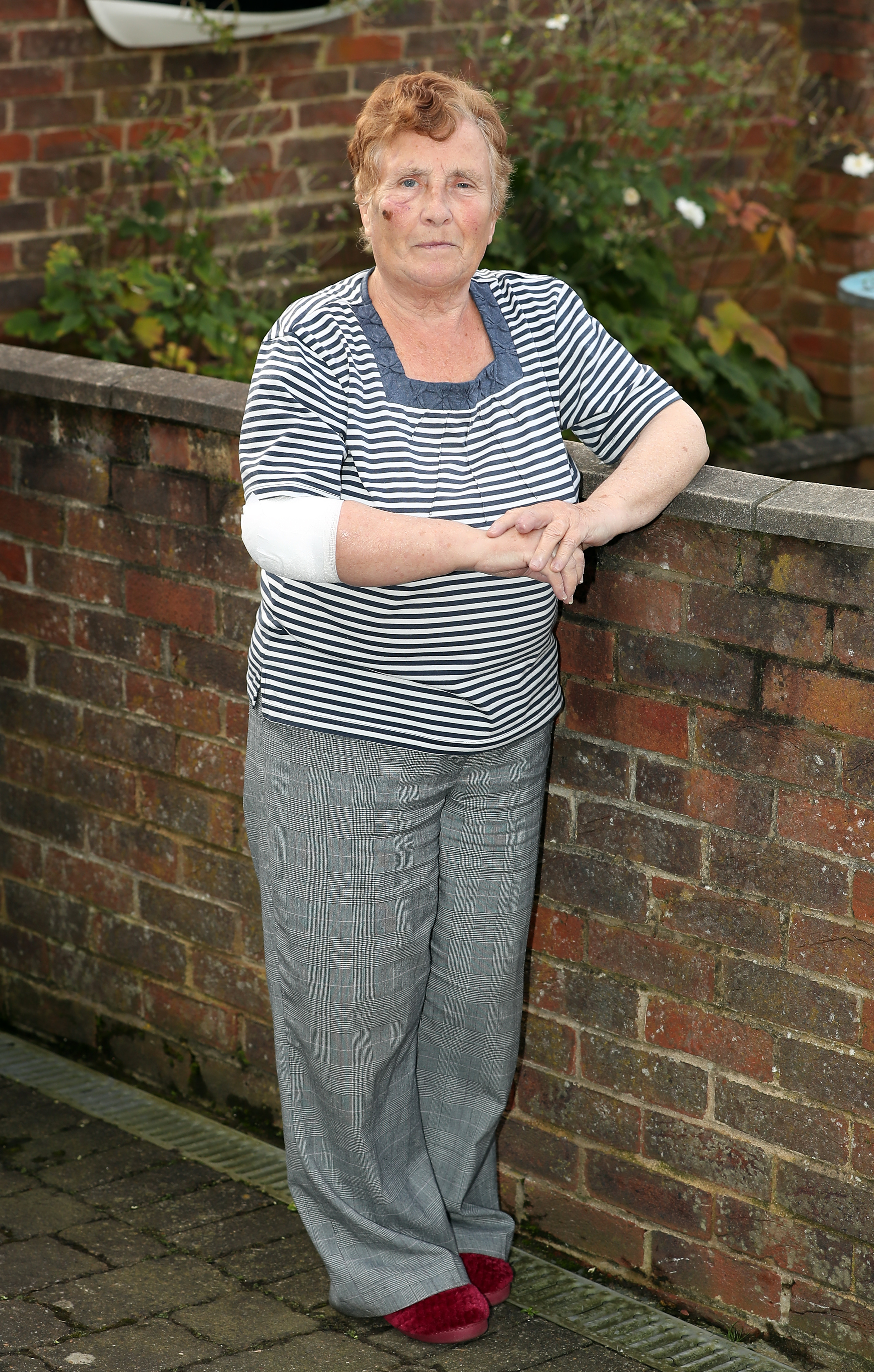