DOMINIC Cummings' chaotic No10 power struggle is a distraction from the Covid-19 pandemic and he's RIGHT to quit by Christmas as the Government is in desperate need of a shake-up, MPs blasted today.

The Brexit guru and aide to the PM is due to step down in the coming weeks after having his "wings clipped" by Boris Johnson. 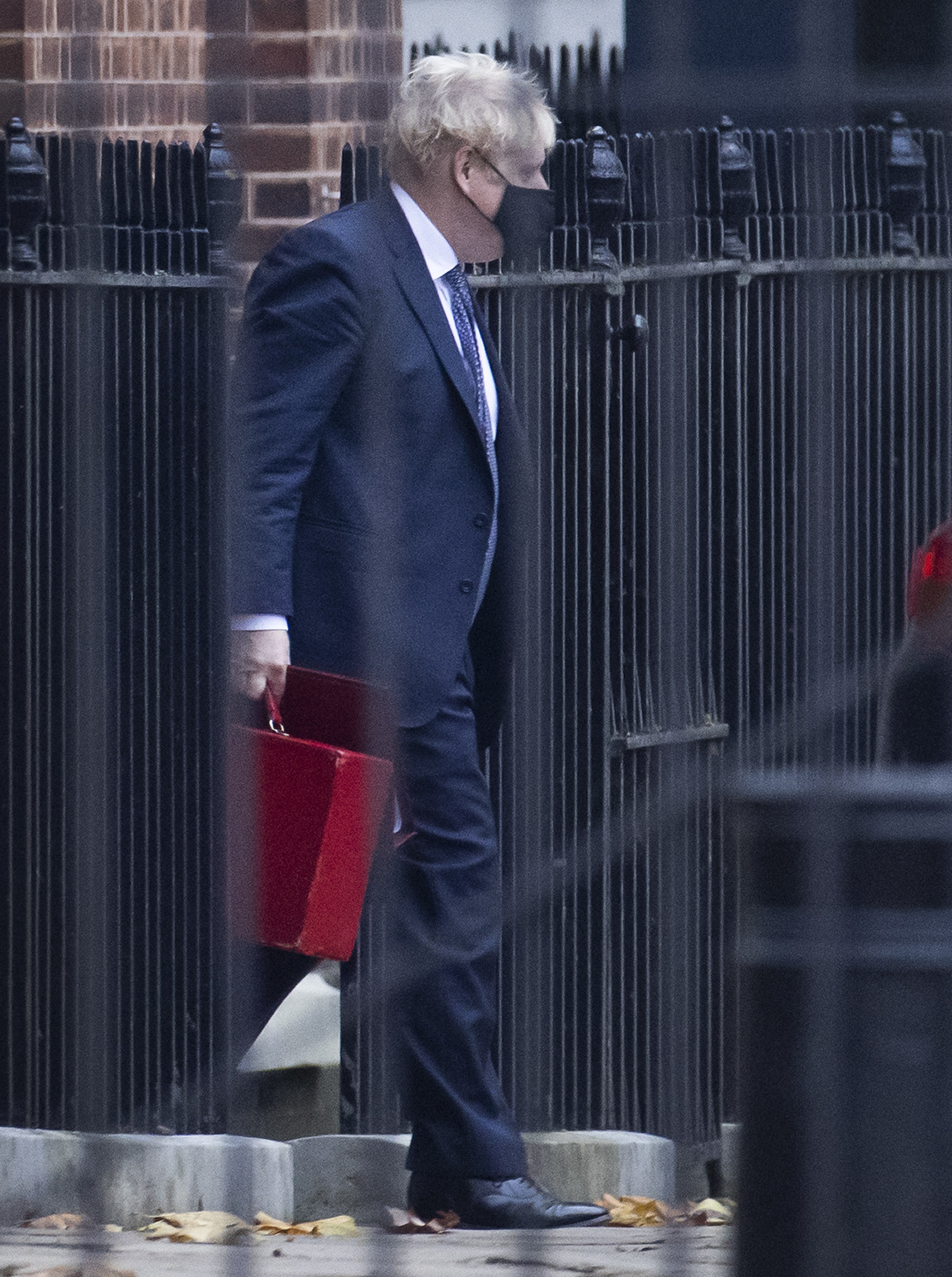 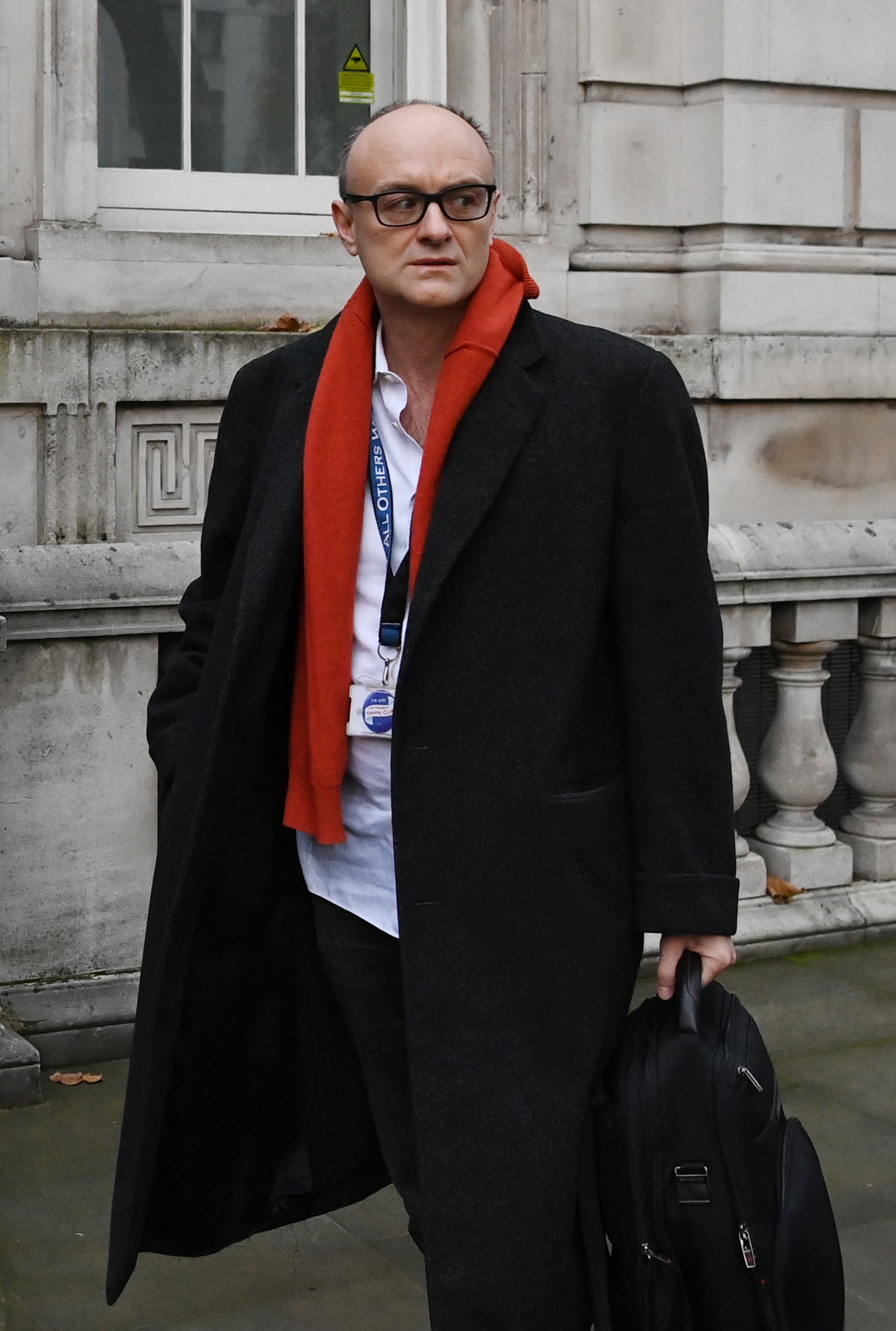 A senior source had earlier said: "If he's not gone by the end of the week, I doubt he will still be here next year."

However, Mr Cummings told the BBC he stuck by his position earlier in the year – which suggested he would leave after Brexit was delivered and after shaking up the civil service.

Today MPs came out to say it was right he was leaving – and called for a fresh approach in No10.

Relations between MPs and some of the PM's top team are at rock bottom after a chaotic pandemic and months of bubbling rebellion.

This morning No 10 declined to say whether he had formally handed in his notice, whether he had told Boris Johnson of his departure and whether an exit date had been set.

But they vehemently denied that his exit would soften the UK's negotiating stance in post-Brexit trade negotiations with Brussels.

Tory MPs urged a rethink in relations with the Parliamentary party after the row engulfed No10 for a third day.

And one MP even questioned whether Boris would continue as PM for much longer.

Asked whether Mr Johnson would fight the next election, one senior MP told MailOnline: "Good God, no."

Bookmaker Coral makes the PM odds on, at 4-6, to not lead the Conservative Party at the next General Election.

Senior Tory backbencher Sir Bernard Jenkin told BBC Radio 4's Today programme: "It's an opportunity to reset how the Government operates and to emphasise some values about what we want to project as a Conservative Party in Government."

He said it is time to restore "respect, integrity and trust" which he said have been "lacking in recent months" between No 10 and Tory MPs.

"I'm not surprised in a way that it is ending in the way it is. No prime minister can afford a single adviser to become a running story, dominating his Government's communications and crowding out the proper messages the Government wants to convey," Sir Bernard said.

Theresa Villiers said Dominic Cummings' departure from No 10 will be "a good opportunity for a fresh start".

The former environment secretary told the PA news agency: "Clearly there are concerns about the dismissive attitude sometimes shown by Lee Cain and Dominic Cummings towards people in Government and MPs on the backbenches.

"And this is an opportunity to move on from that and to have a more collaborative approach."

Yesterday the PM's team were accused of fighting “like rats in a sack” on the day it should have been responding to the highest number of Covid cases ever recorded.

Mr Johnson is now under pressure to bring in "someone with big boy pants" to get a grip of No10.

The turf war follows the dramatic resignation of his top PR man Mr Cain in a bitter power struggle between aides and his fiancé Carrie Symonds.

Mr Cain, who wanted more powers, was enraged by Allegra Stratton’s appointment to be the new face of No10 at daily White House style TV briefings.

A compromise idea of making Mr Cain the boss of all No10 staff sparked a backlash from senior female aides including Ms Stratton, backed by pal Ms Symonds.

A FEMALE government aide sacked by Dominic Cummings and frogmarched out of Downing Street by cops has been given a five figure pay-out.

Former Treasury spinner Sonia Khan was sensationally fired after being accused of staying in touch with her ex-boss Philip Hammond.

Her dramatic sacking sparked a ferocious backlash from Tory MPs, who were furious at the way the young aide had been treated.

Ms Khan had threatened to sue the government and haul the No10 team into what would have been a blockbuster employment tribunal.

But she reached an out of court settlement of up to £100,000 with Downing Street.

The move means Mr Cummings and other No10 bosses will escape being grilled on their conduct by a judge.

The Sun understands that Ms Khan was given a five figure pay-out.

In a statement, she said: “Following 14 months of negotiation, I have today reached a settlement with the Treasury, my former employer, and as a result I am no longer pursuing my employment tribunal claim which was due to be heard in London in December."

She added:  “Having reached a settlement of these issues I am now moving on with my life and career. "I have a fulfilling job as a consultant, I maintain great affection for the Conservative Party and remain a committed Conservative.

“The party took me under its wing when I was a teen and I feel hugely privileged to have served as a special adviser under the last two Prime Ministers.” 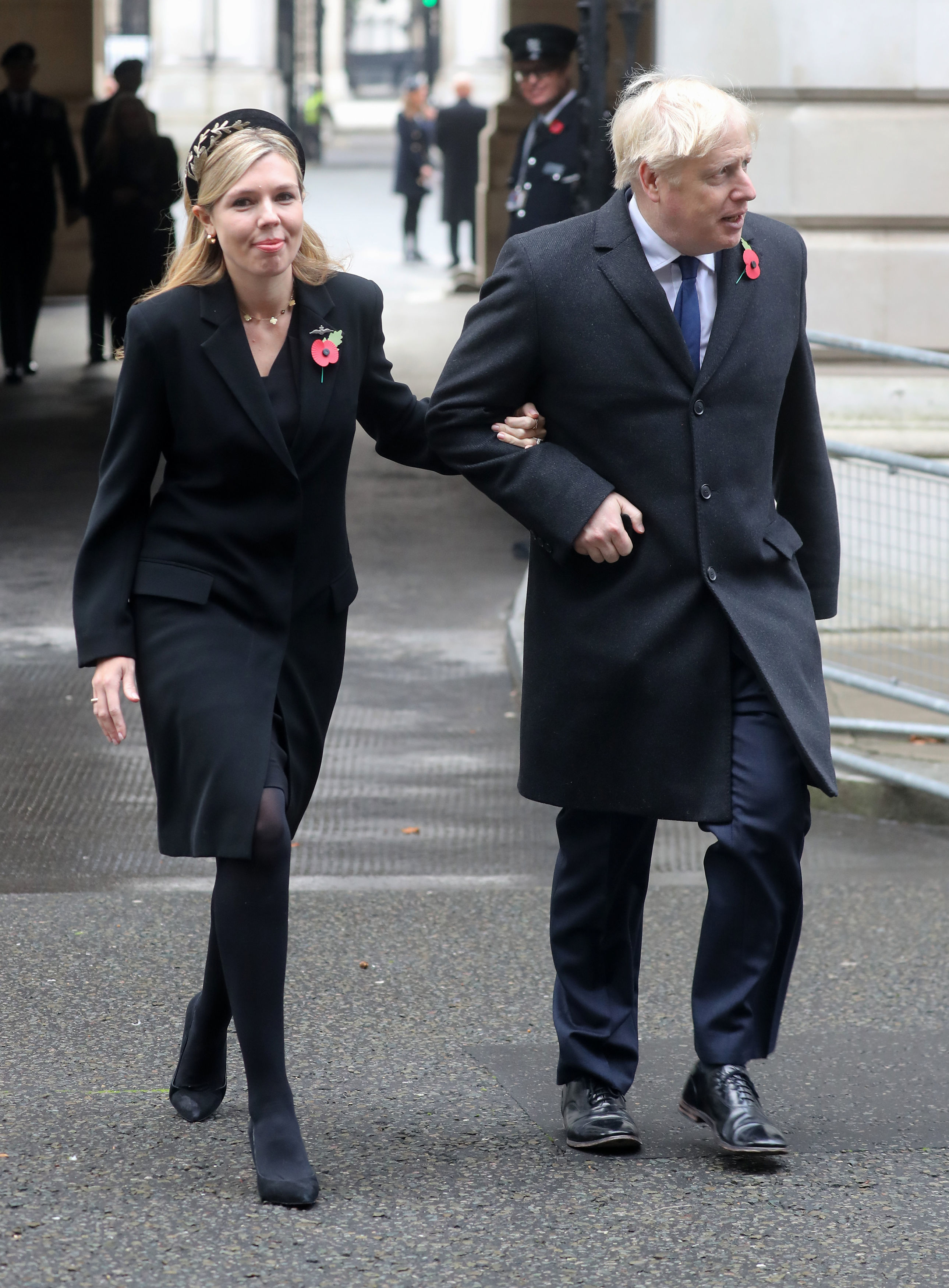 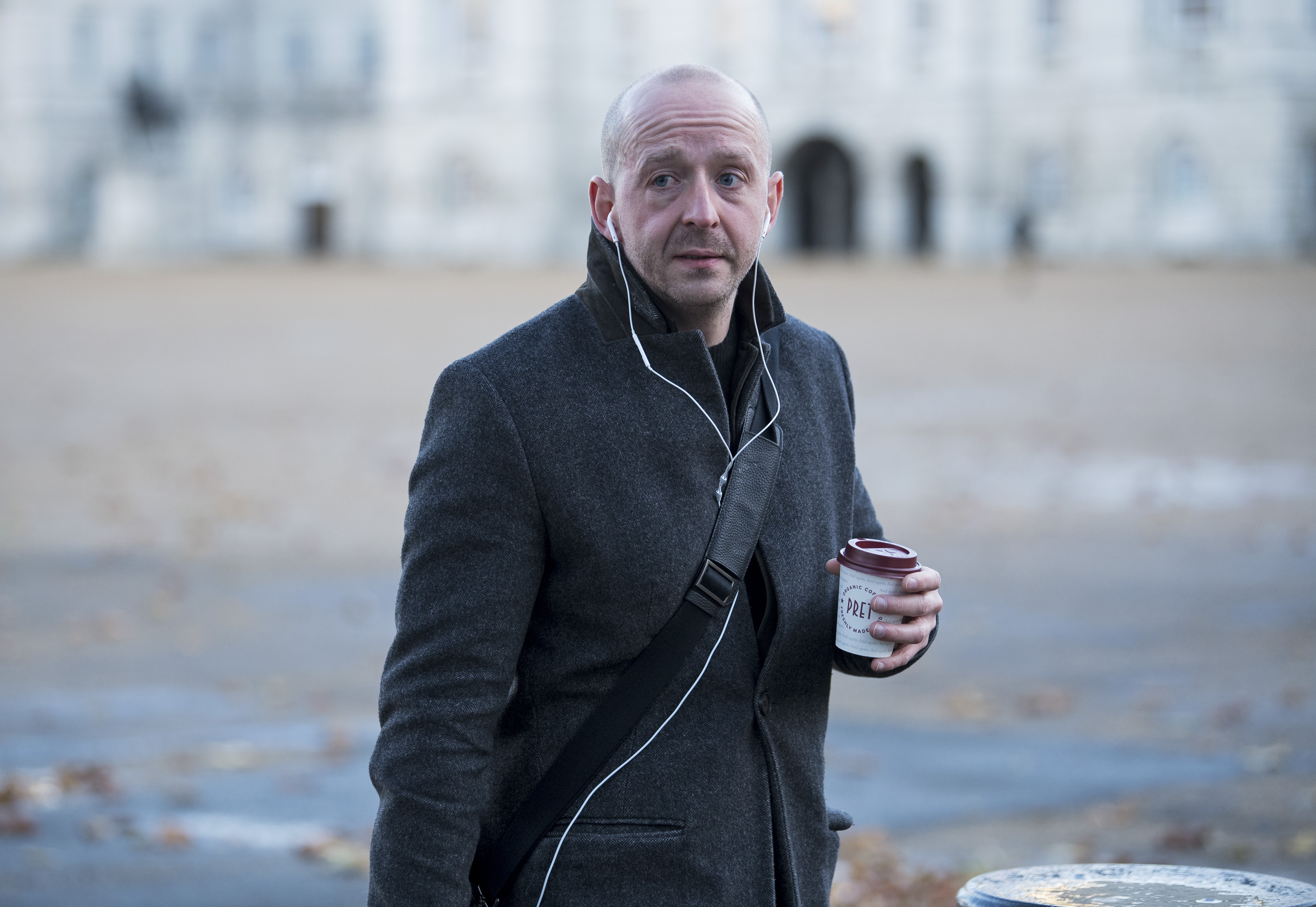 Mr Cummings threatened to walk out – and some senior Tories said the PM should ease him on his way.

Sir Charles Walker, vice-chairman of the 1922 committee of Tory backbenchers, said that there had been “unhappiness” about the Downing Street operation for some time.

“Members of parliament have felt excluded from the decision-making process, and that’s no secret,” he added.

And Jake Berry, an old ally of Mr Johnson who leads a group of 50 Northern tory MPs, said: “As we go past that grim milestone of 50,000 deaths from this appalling disease, it’s high time that there was a bit of a change of guard in No 10.”

Sir Roger Gale MP warned: “A PM, particularly one facing the difficulties Mr Johnson is facing, needs heavyweight help. It really is time that Downing Street got in place somebody with big boy pants on."

But fellow Brexiteer Jacob Rees Mogg leapt to Mr Cain’s defence saying: “May I just say what a fantastic public servant he has been, somebody instrumental in ensuring the Vote Leave campaign was successful and somebody who has made a huge contribution to this government."

A spokesman said: “Boris Johnson's Government is fighting like rats in a sack over who gets what job. It is precisely this lack of focus and rank incompetence that has held Britain back.”