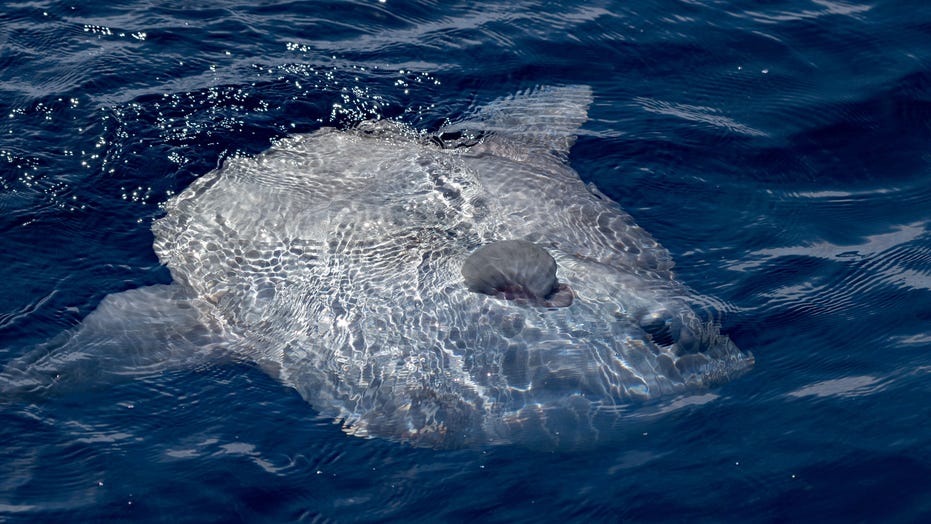 You never know what you’re going to catch.

A group of anglers was shocked to reel in a massive fish 80 miles off the coast of Virginia Beach. It wasn’t just the size of the animal that surprised them, however. When they realized what they caught, they realized they may have made the history books.

Michael MacTaggart, Jon Wetherington and Nick Kemp were out last week near Norfolk Canyon in Virginia hoping to catch swordfish, My Fox 8 reports. According to him, the group was about to give up for the day when they felt a tug on the line.

When they reeled the fish in, they were not expecting to see a giant opah fish on the end of the line. MacTaggart described the moment as “surreal.”

The fish reportedly weighs about 143 pounds, larger than the average 100-pound opah fish. Aside from the size, there’s another reason why the catch was so exciting for the fishermen.

The opah is reportedly the only known species of fish that is fully warm-blooded. They’re usually found living in tropical or temperate waters near Hawaii and other Pacific Islands. At this time of year, the coast of Virginia is likely to be a bit colder than Hawaii.

According to the fishermen, when they radioed in about their catch, other boats didn’t believe them.

Wetherington told Fox 8, “When it happened, we hit all the other boats up on the radio, and I think even they thought we were wrong.”

While the opah won’t break the world record (the largest opah caught reportedly weighed in at 180 pounds), the anglers are hoping that they set a record for the Virginia area. They reportedly think there’s even a chance this might be the first opah caught in the area.