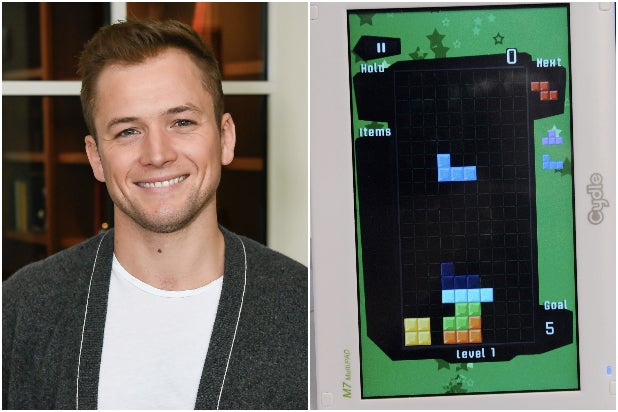 “Tetris: The Movie,” a film starring Taron Egerton about the making of the iconic block video game, has slotted in perfectly at Apple TV+, the studio announced Thursday.

Jon S. Baird (“Stan & Ollie”) is directing “Tetris: The Movie” about how the game found its popularity on consoles and the legal battles that a Dutch game entrepreneur, Henk Rogers as portrayed by Egerton, had to navigate to help the game find a foothold. Noah Pink (“Genius”) wrote the screenplay.

Casting is underway for other roles in the film, but “Tetris” hopes to begin production in Scotland next month.

Matthew Vaughn’s Marv Films is producing and financing “Tetris: The Movie” along with Leonard Blavatnik’s AI Film. Gregor Cameron for his Unigram and Gillian Berrie are also producing.

The video game Tetris is a game involving matching colored, oddly shaped tiles as they fall from the top of the screen, arranging them in complete rows to remove them and score points. The game was created in 1984 by Russian software engineer Alexey Pajitnov, and the game has been published by several companies over the years in a dispute over the game’s rights during the late 1980s. It has sold 202 million copies between physical units and mobile game downloads, making it one of the highest selling video games of all time.