Like with most elements of media, women have always been a part of the male-dominated comic landscape — but their contributions were never thoroughly documented. The new Disney+ series, “Marvel 616,” does double duty by examining women’s contributions in the world of comic creation and also by placing women behind the camera, revealing the show’s narrative.

“Marvel 616” is a docuseries aimed at lifting the veil on the Marvel universe to showcase the real people at its center. Each of the three women directors who participated on the series felt they were picked because of a connection to the material. “My way into the series was very specific to [my] episode,” Alison Brie told IndieWire. Her episode focuses on a high school theater program that performs Marvel-based plays. Brie had just finished making her directorial debut on the Netflix series “GLOW,” and was co-president of her high school’s drama club, so when asked if she had participated in high school theater her answer was: “Have you met me?”

For Gillian Jacobs, the connection to her past work as a documentarian came in handy when she was approached to helm an episode examining the history of women creators in the Marvel universe. “The final season of ‘Community’ I did my first documentary short for ESPN about this woman named Grace Hopper who is an early computing pioneer,” Jacobs said. And for Sarah Ramos, whose episode looks at Marvel toys and their application in fandom,  her introduction to the series was connected to her love of wonderment. “A lot of my work as a director has been about harnessing my inner child,” she said.

Each of them felt that diving into the world of Marvel while directing was a learning process. “I knew nothing about the comic book industry when I started,” Jacobs said. But, at the same time, when Jacobs directed the Hopper doc “The Queen of Code” she didn’t know much about computing. “I like to research; I like to learn new things,” she said, and thus Jacobs went down a rabbit hole of not just reading the comics written and overseen by women at Marvel, but looking into the industry as a whole. A key element that shines through in Jacobs’ episode is the reunion of three women animators who had worked for Marvel in the 1980s and 1990s. “I was sort of a fly on the wall for that conversations,” Jacobs said. “They were telling stories, they were remembering things.” 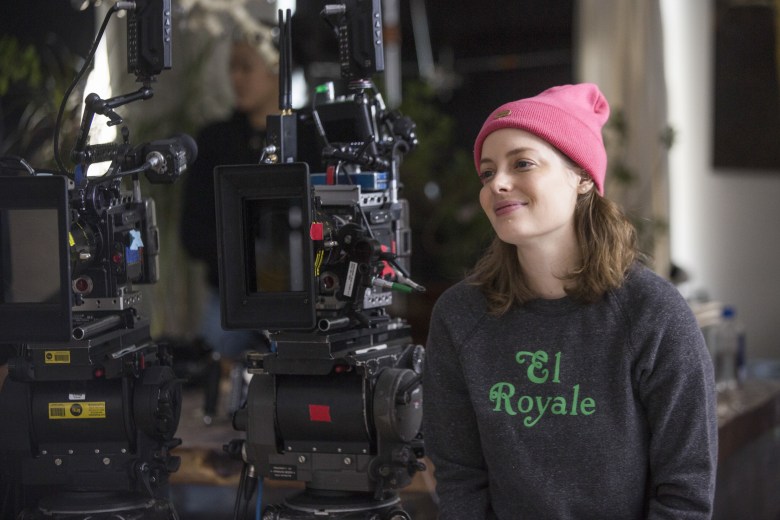 When Brie talked about her directorial vision, she explained that much of the filming was a fluid process, especially as she wasn’t there to oversee all the filming and found the story in the editing room. “It’s my first time doing vérité documentary [so] there might be unexpected things. We had the safety and the luxury of them [the students] doing these plays,” Brie said. She knew she’d be helming the obvious: auditions, rehearsals, dress rehearsals, and the final performance. “And then, within that, we just have to wait and see who connects to the material, who has a compelling story,” she said.

Since Ramos was focused on toys, the question became how to bring a liveliness and vitality to action figures. Ramos said her interest was showing how technology has enhanced the toy industry, bringing added life and resemblance to characters. “It really speaks to how mesmerizing and powerful the toys are themselves,” she said. “It’s the mixture of the fun and childlike play with the very specific and intense artistry.” Ramos also knew she’d have to add in someone who wasn’t associated with Disney or Marvel to emphasize how toys specifically transcend corporations. Enter acclaimed toy photographer Mitchell Wu, who becomes the real star of Ramos’ episode. “Doing a deep dive on Marvel toys I found this really vibrant, extremely talented online community of people from all over the world who take these pictures of toys like they just jumped out of a comic book,” she said.

With so much talk about representation, each of the “Marvel 616” directors knew the vital need to have women telling stories — both those working at Marvel and their own contribution behind the camera. Jacobs said she saw a lot of commonalities between Marvel, the computing world, and the landscape of silent cinema, all three known for having women in prominent position but the history of their participation was unknown. “When I started this project I was unaware of the women, the writers and artists, from the 1930s and 1940s who were very popular, so I keep finding this story over and over again,” she said.

For Brie, it’s a subject and a responsibility she doesn’t take lightly, especially working under the predominately female creators on “GLOW.” “I learned so much from them in the way that they ran a set, not trying to do it the way you think a man should do it,” she said. Brie said one of the things she’s noticed as she’s transitioned more into directing, writing, and producing is how women creators second-guess themselves. “Men feel like they can just go and do these things…even if they have a limited knowledge or experience,” she said. Women, on the other hand, tend to feel the need to shadow, intern, and otherwise get more experience. “You want to convince yourself that you deserve a seat at that table [but] what I realized more and more is that you just have to jump in and do it,” she said.

“If 2020 has taught us anything, it’s that a diversity of voices leads us to a diversity of thought that enriches us all,” Ramos said. “I brought a different perspective to my conversations with Mitchell Wu and about the toys he’s drawn to….with Marvel there’s so much discussion about how they create such a rich community. There’s something for everybody. So the people telling the story should be everybody because we get different facets from it.”