Summer Spellman actress Matilda Freeman stepped back from her role on Coronation street earlier this year and has been replaced by Harriet Dibley. The actress will make her first appearance in Friday night’s episode of Coronation Street as she comes face-to-face with Todd Grimshaw (played by Gareth Pierce) since he disappeared in 2017 after fleeing from the police.

Matilda confirmed she was leaving her role as Summer earlier this year telling fans: “I’d like to say thank you to my second family, the cast, crew and viewers who have supported me during my time on the cobbles.

“After three and a half lovely years I felt it was time for a change and I’m excited to be starting that next chapter with a new role.”

Viewers will have a chance to see Harriet in the role as Summer returns from a break with her grandmother Geraldine.

When she gets back to the Street, she will spot Todd and want to know why he is back. 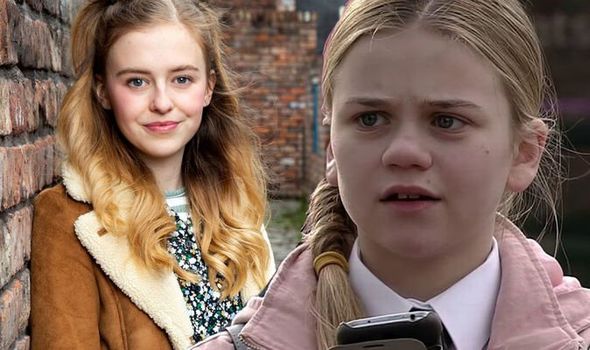 Summer is furious to see the man who abandoned her walking around carefree.

Will she lash out at him or can the pair come to an agreement and repair their relationship.

Harriet previously said of her casting: “I am so thrilled to be joining the cast of Coronation Street.

“My family have watched the show for years and I already feel part of the family. 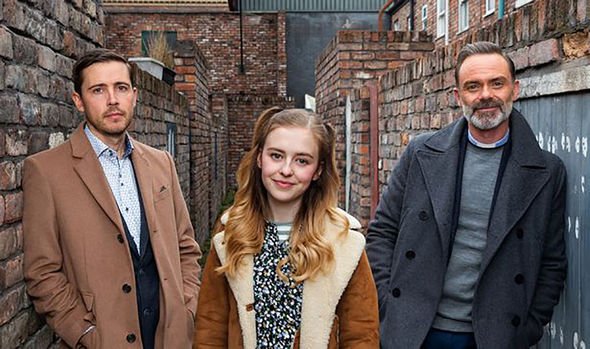 “Matilda has wished me good luck, which was lovely!

“I’m looking forward to bringing Summer’s sass and sparkle to the screen.”

Elsewhere on Coronation Street, Carla Connor (Alison King) will face the fall out from her one night stand with Adam Barlow (Sam Robertson).

The pair spent a steamy night together after their other halves lashed out at them.

However, it’s likely the pair will regret their night together and will have to quickly cover up what they’ve done.

But it will be tough for Carla to keep their liaison a secret from Peter who will become suspicious of where she ended up as he downed a bottle of whiskey in the Rovers Return.

Once Peter recovers, he finds Carla at his bedside and apologises for lashing out.

But when Carla struggles to look him in the eye, he will realise there’s something else going on.

Will she confess to sleeping with Adam or will she cover up their night of passion?