THIS is the inspiring moment Chris Nikic became the first person with Down's syndrome to EVER complete an Ironman triathlon. 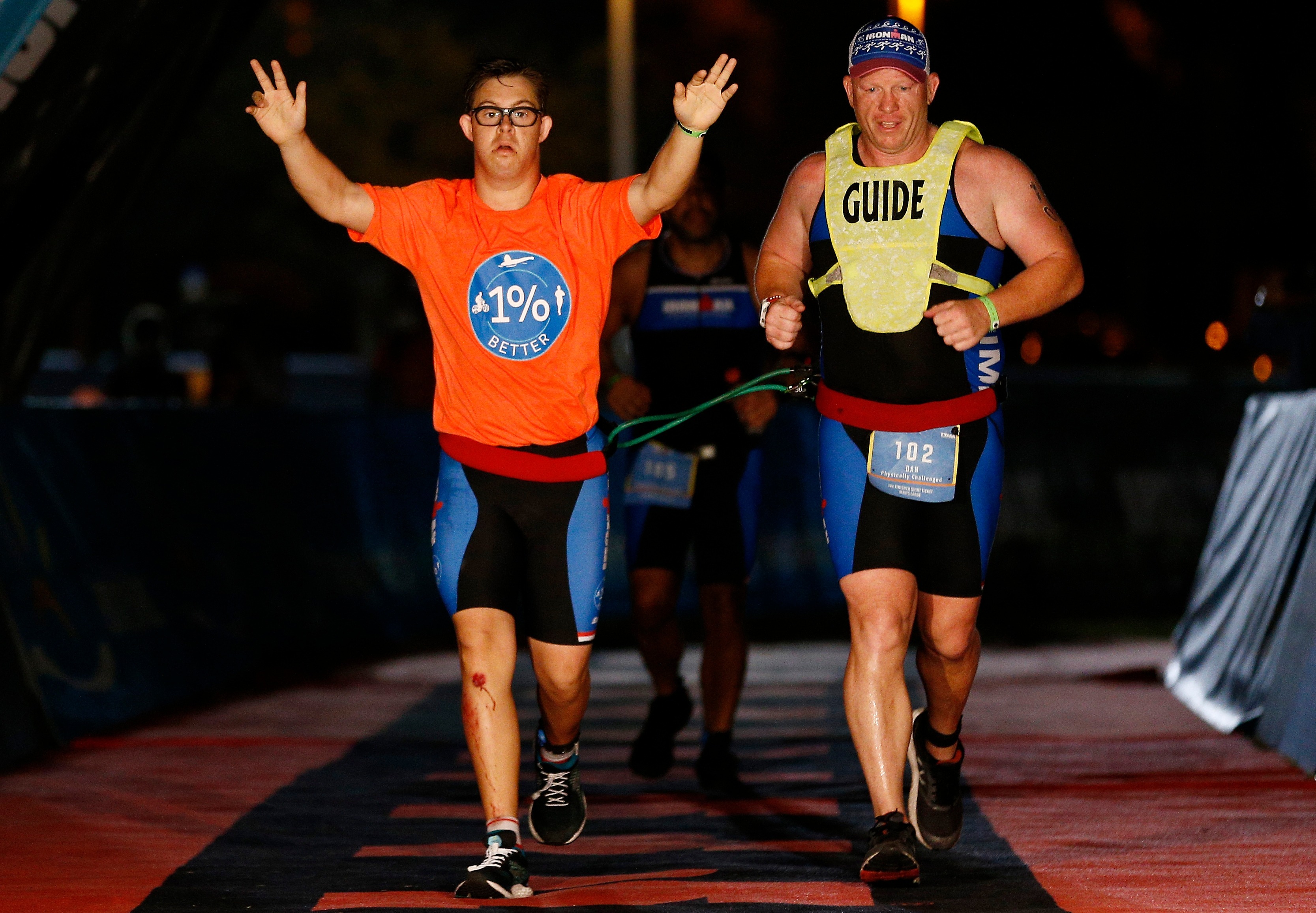 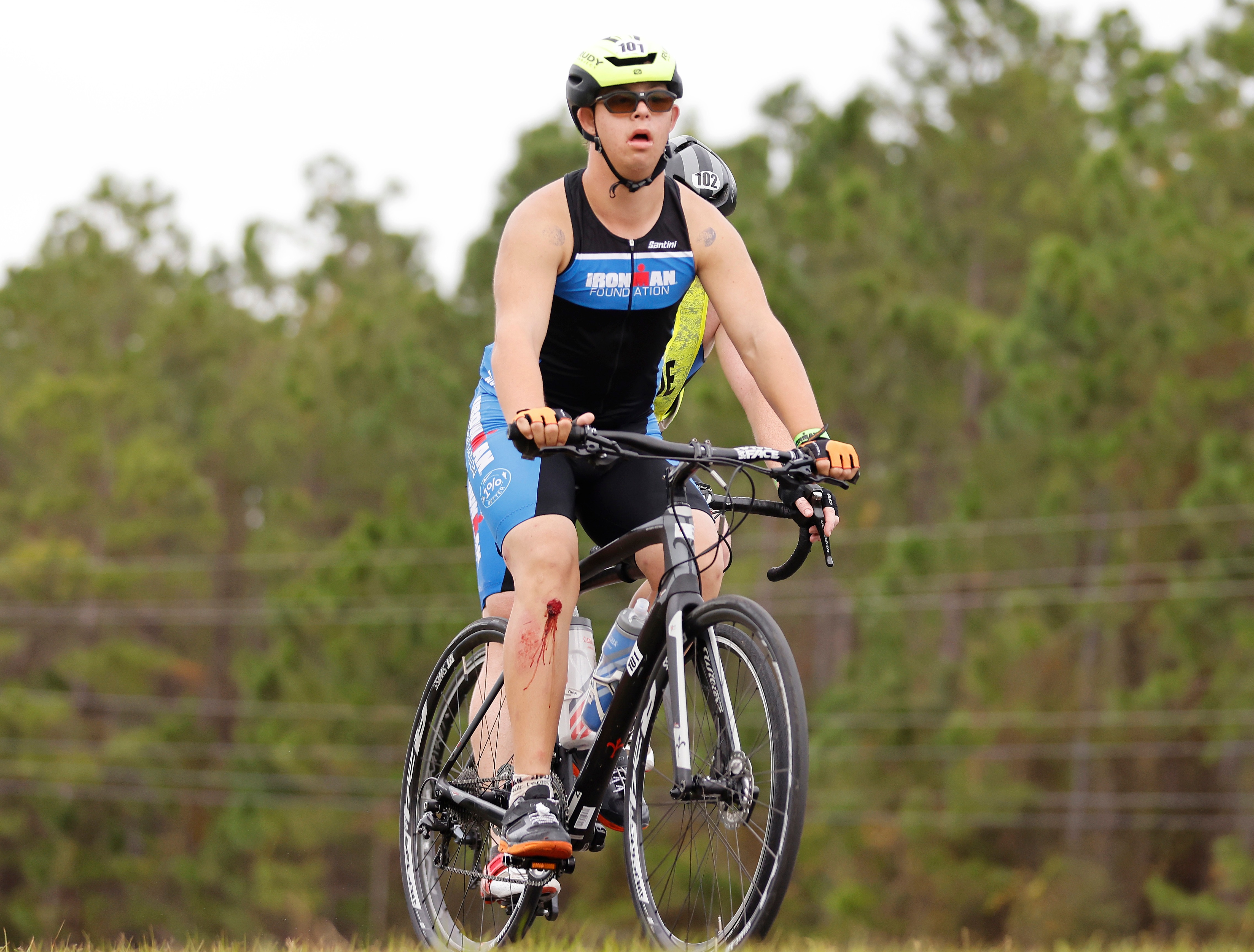 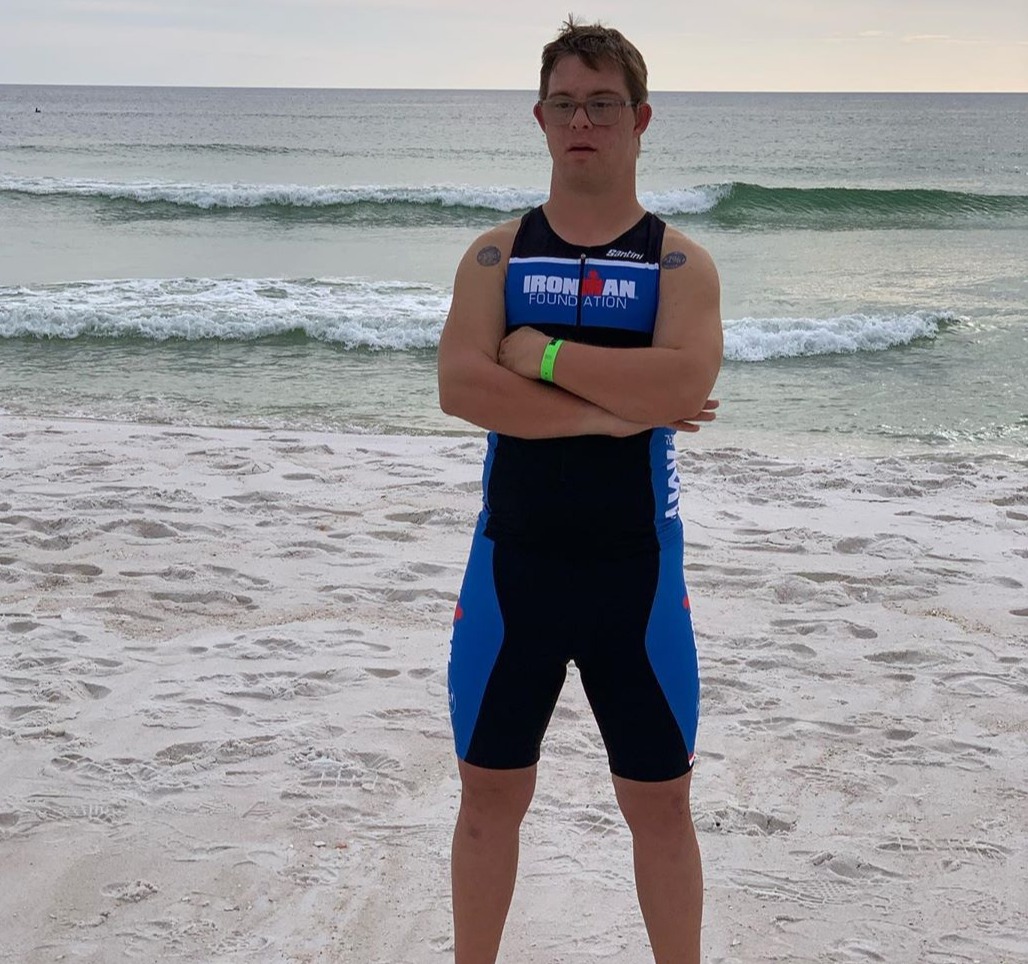 To have his incredible effort officially recognised, Nikic needed to swim 2.4 miles, cycle 112 miles and then run a full 26.2-mile marathon in under 17 hours at the Visit Panama City Beach Ironman in Florida.

And the American superstar pulled out all the stops to complete it in 16 hours, 46 minutes and nine seconds – despite cutting his legs following a crash on the cycling leg and finishing the marathon in the dark.

In the event's 42-year history, no athlete with Down's syndrome has ever managed to complete the feat.

The history-maker now has his eyes firmly set on the 2022 Special Olympics in Orlando, Florida as he vowed to set a 'bigger goal' for the future.

Nikic has been honoured by Guinness World Records for his incredible display of courage and athleticism.

Fearful his son was growing increasingly more sedentary, Nik encouraged Chris to grow 'one per cent fitter each day'.

WHAT IS DOWN’S SYNDROME?

Down’s syndrome is when you're born with an extra chromosome.

You usually get an extra chromosome by chance, because of a change in the sperm or egg before you are born.

It is not as a result of anything anyone did before or during pregnancy.

People with Down's syndrome nearly always have some level of learning disability.

Some people will be more independent while others will need more regular care, according to the NHS.

Around one in ten children with Down's syndrome also have another condition, such as ADHD or being on the autism spectrum.

There is support available for people with Down's syndrome, such as access to healthcare specialists and development therapists.

Many people with the condition are able to leave home, have relationships and be largely independent.

After the race, beaming dad Nik said: "To Chris, this race was more than just a finish line and celebration of victory.

"Ironman has served as his platform to become one step closer to his goal of living a life of inclusion, normalcy, and leadership.

"It's about being an example to other kids and families that face similar barriers, proving no dream or goal is too high.

"If Chris can do an Ironman, he can do anything."

New Instagram star Chris shared his pride after his incredible achievement – hinting there's more to come to his 82,500 followers.

After completing the race, the Ironman's official Twitter account wrote: "You have shattered barriers while proving without a doubt that anything is possible.

"We are beyond inspired, and your accomplishment is a defining moment in IRONMAN history that can never be taken away from you.

"The opportunities you have created for others around the world through this journey you embarked upon, is immeasurable.

"Thank you for allowing us to be a part of your remarkable life story and we can’t wait to see what you achieve next."

Glenday tweeted: "He did it! It's been a privilege to follow @ChrisNikic's progress remotely in the Florida @IRONMANtri.

"I'm absolutely overjoyed to see him cross finish line, collecting the @GWR title for first athlete with Down Syndrome to complete an IRONMAN!

Meanwhile, tennis legend Billie Jean King – who fought to break down sexism barriers during her career – also congratulated him on Twitter.

She wrote: "No limits. No boundaries. Keep dreaming big and going for it, Chris!"