The Paraguayan has made it clear he wants to quit St James’ Park for a bigger club. 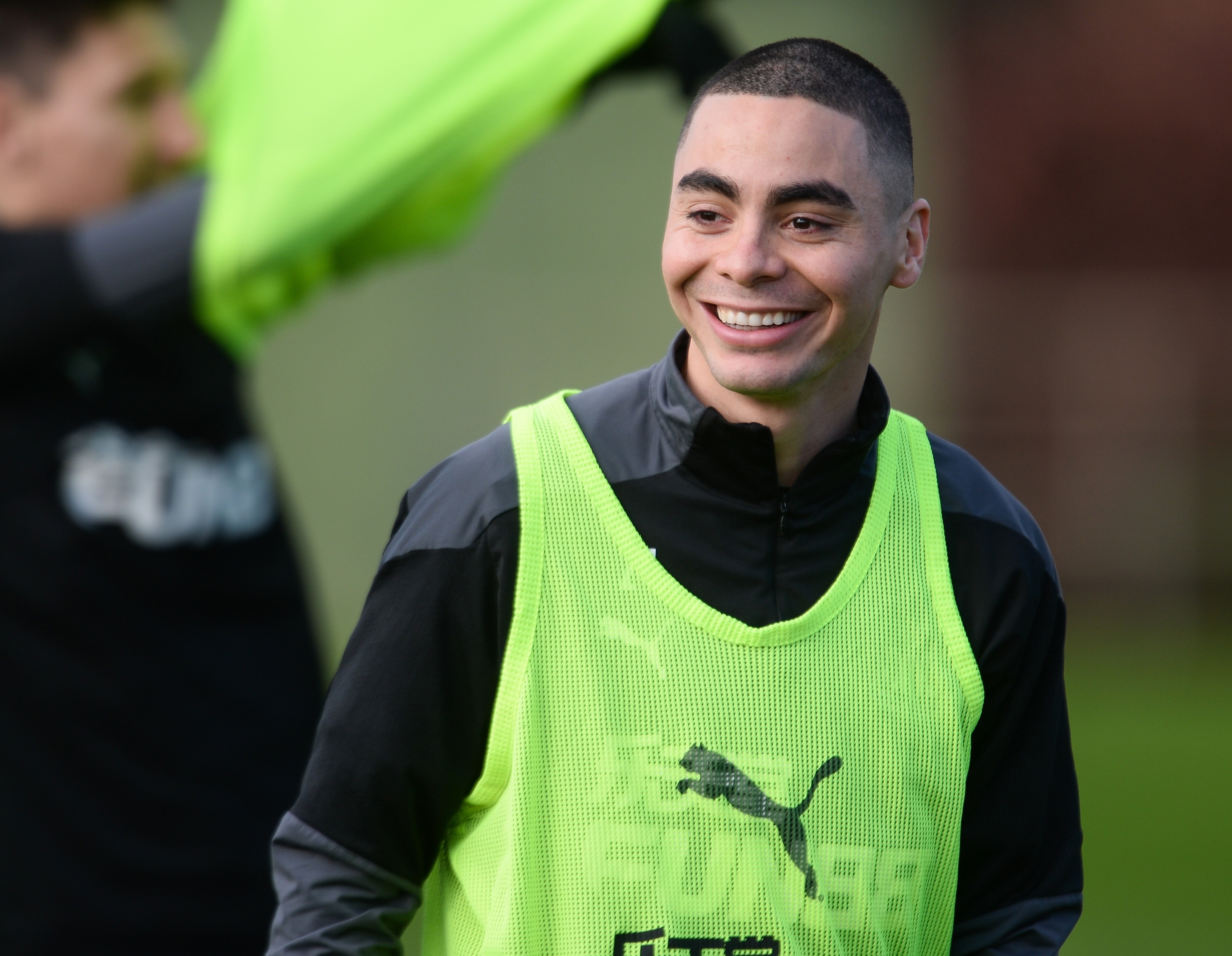 And it now appears Antonio Conte’s Inter have joined the race for Almiron’s coveted signature.

The versatile attacking midfielder, 26, joined Newcastle from Atlanta in 2019 for a then-club record £21million.

Almiron has since gone to play 62 times, scoring nine goals in the process.

But agent Daniel Campos claims his client would have left Newcastle over the summer had it not been for the coronavirus pandemic.

He also claimed there was interest from Atletico Madrid.

And now Campos has revealed Almiron is being lined up by Italian giants Inter Milan.

He told Europa Calcio: “Almiron can play in various positions and is always available to the coach wherever he needs him.

“Obviously he stands out more in offensive positions and with ball possession, but he has no difficulty in assuming other roles to the advantage of the team.

“Almiron is happy at Newcastle and when the time comes we will analyse it.

“Now his reality is Newcastle and qualification for the World Cup with Paraguay.

“Inter have shown interest in Almiron, but no progress has been made.”

The claim follows comments made by Campos earlier this week, revealing Almiron’s time at Newcastle may be coming to an end.

He said: “Almiron was of interest to Atletico Madrid but no offer was made.

“When everything returns to normal, Miguel will take a leap in quality.

“If it wasn’t for the pandemic, he would’ve been elsewhere. Perhaps he would like to play on a team that has a lot of possession.

“Maybe in June he’ll make that jump There are also big teams in England who are enquiring about him.

“I have no doubt he will leave, I think it will happen soon, perhaps in June.”