And, quite simply, it was the greatest try no one ever saw live. 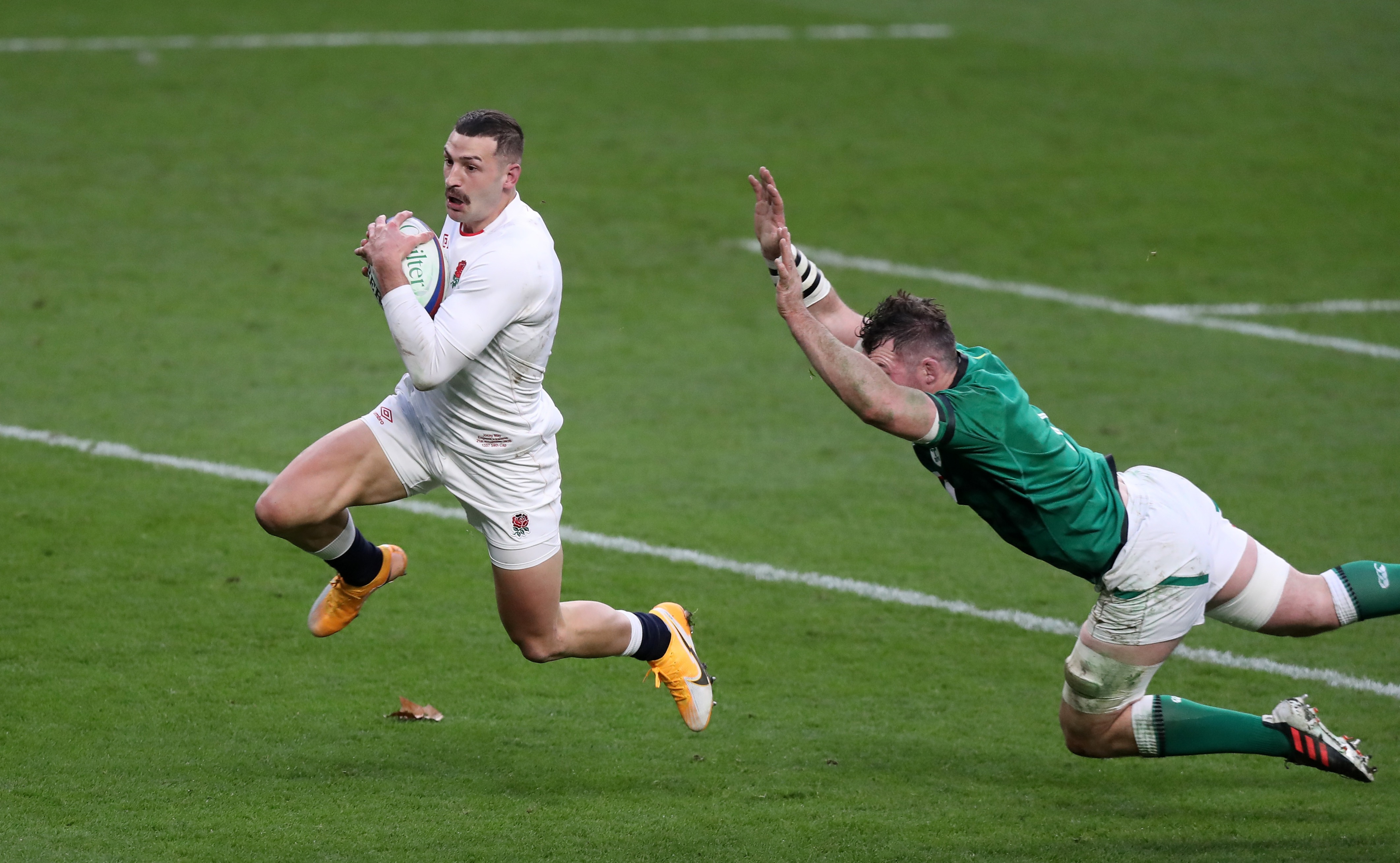 May's superb 80m dash from his own 22 left four Ireland defenders for dead at an empty Twickenham to take control of the Autumn Nations Cup with Wales up next.

Ending a five-game drought, the winger added to his earlier score from a sweet Owen Farrell cross-field kick.

The 30-year-old is now equal with World Cup winners Ben Cohen and Will Greenwood on 31 scores.

What a way to end a year without scoring in a Test match, too.

May picked the ball up deep in England's danger zone and swatted away Bundee Aki and Chris Farrell before chipping and beating the likes of Jamison Gibson-Park and Hugo Keenan.

Earlier he had already beaten Keenan and James Lowe in the air as Eddie Jones' boys ripped apart a side of project players from New Zealand and South Africa.

Jones likened them to the United Nations, but there was little unity in the Irish.

With eight points from his boot, skipper Farrell became the highest England scorer against Ireland with 110 to his name now. 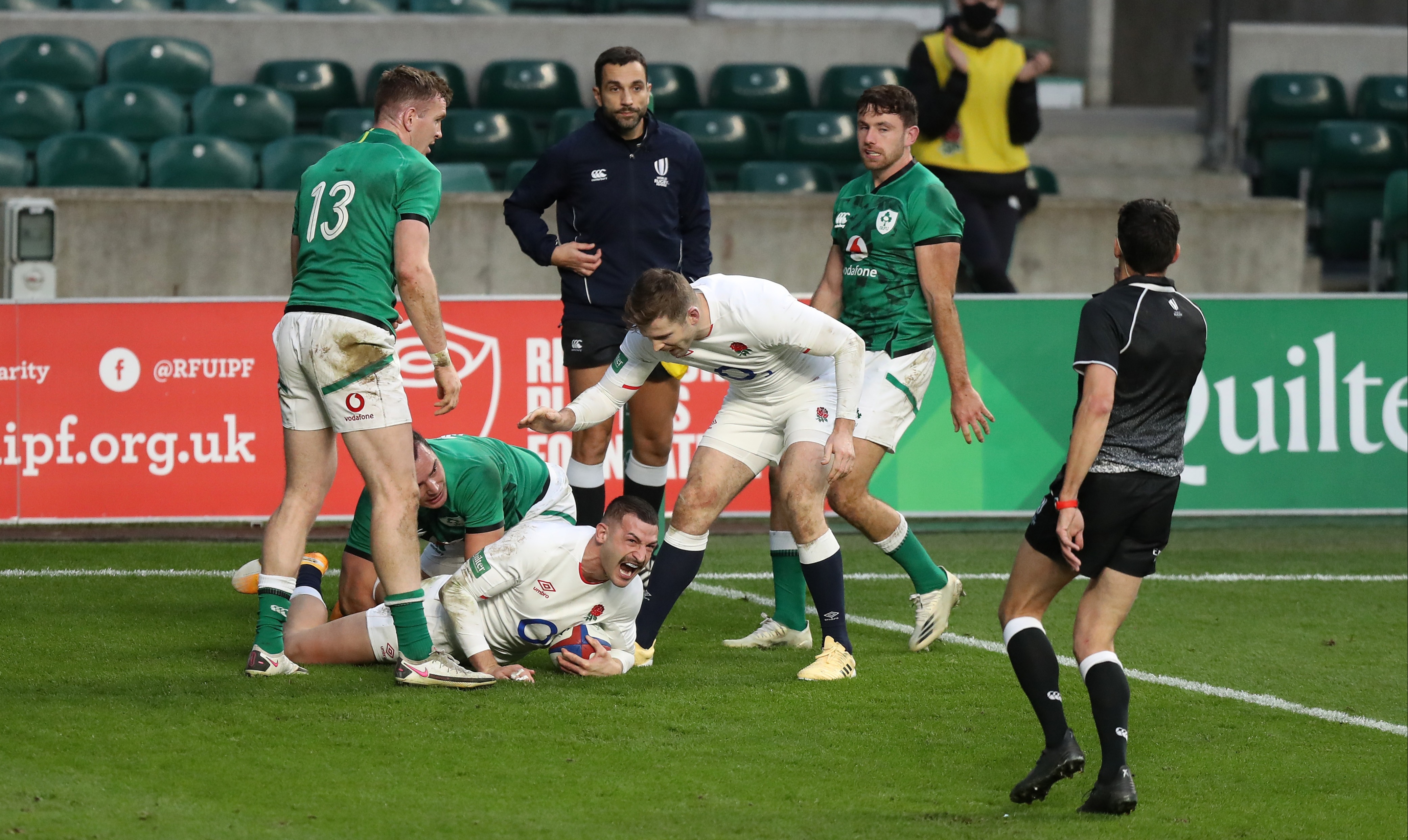 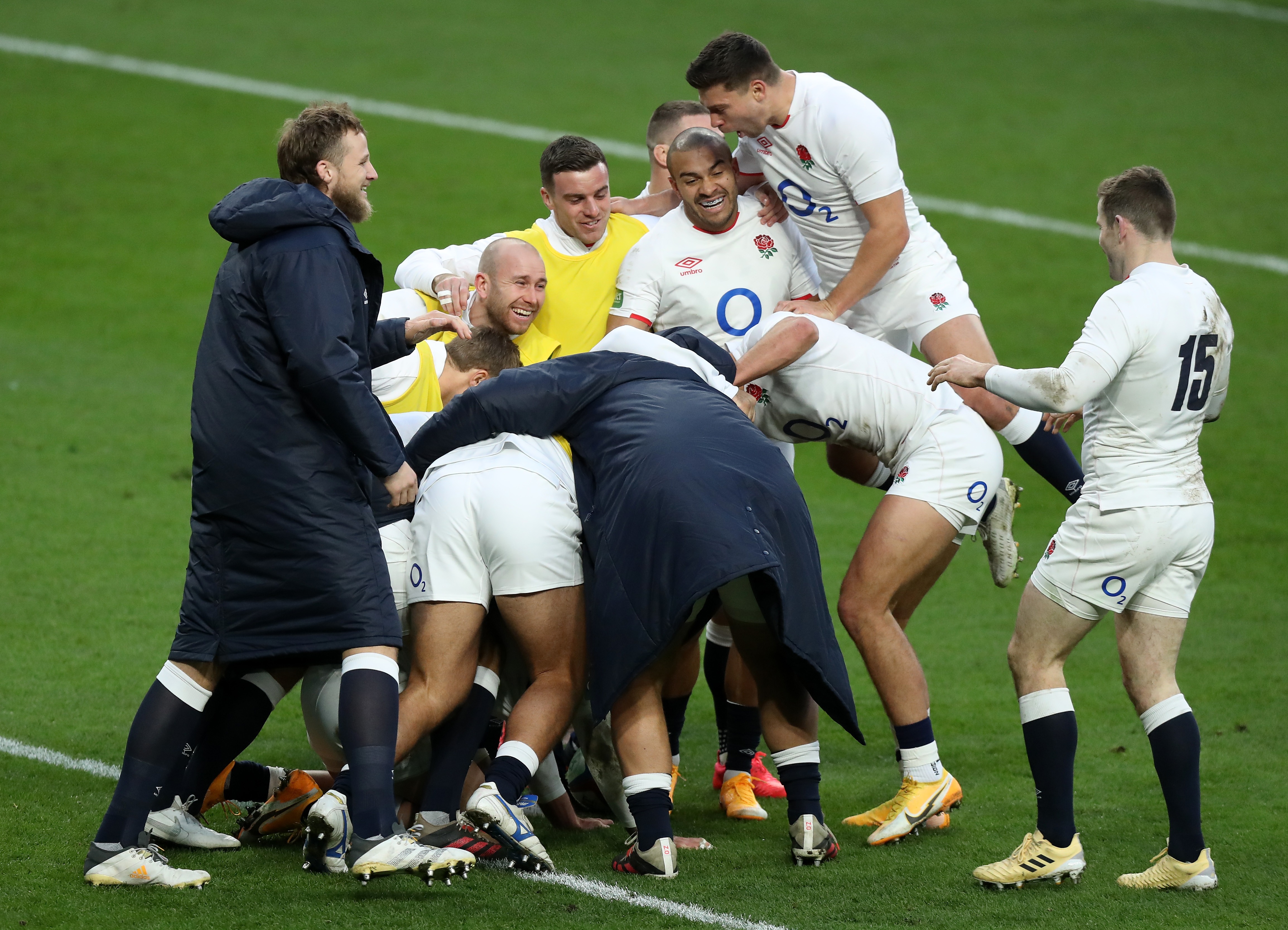 It was the backs all over the scoreboard, but this game was won in the pack thanks to monstrous performances from Maro Itoje, Sam Underhill and Tom Curry against new Irish skipper James Ryan and Co.

And it rubbed off to the backs too as centre Henry Slade denied Chris Farrell a late Ireland try as the visitors camped in the England 22.

For the fourth game running, the luck of the Irish is well and truly gone as they suffered wait for a first win in five against Jones.

Though with six minutes to go, it was never going to change what was a monstrous performance by England both in attack, and possibly more so, in their brutal defence.

Wales will be worried with what they have seen.

There is surely no stopping the English juggernaut when it heads west along the M4 to Llanelli next week. 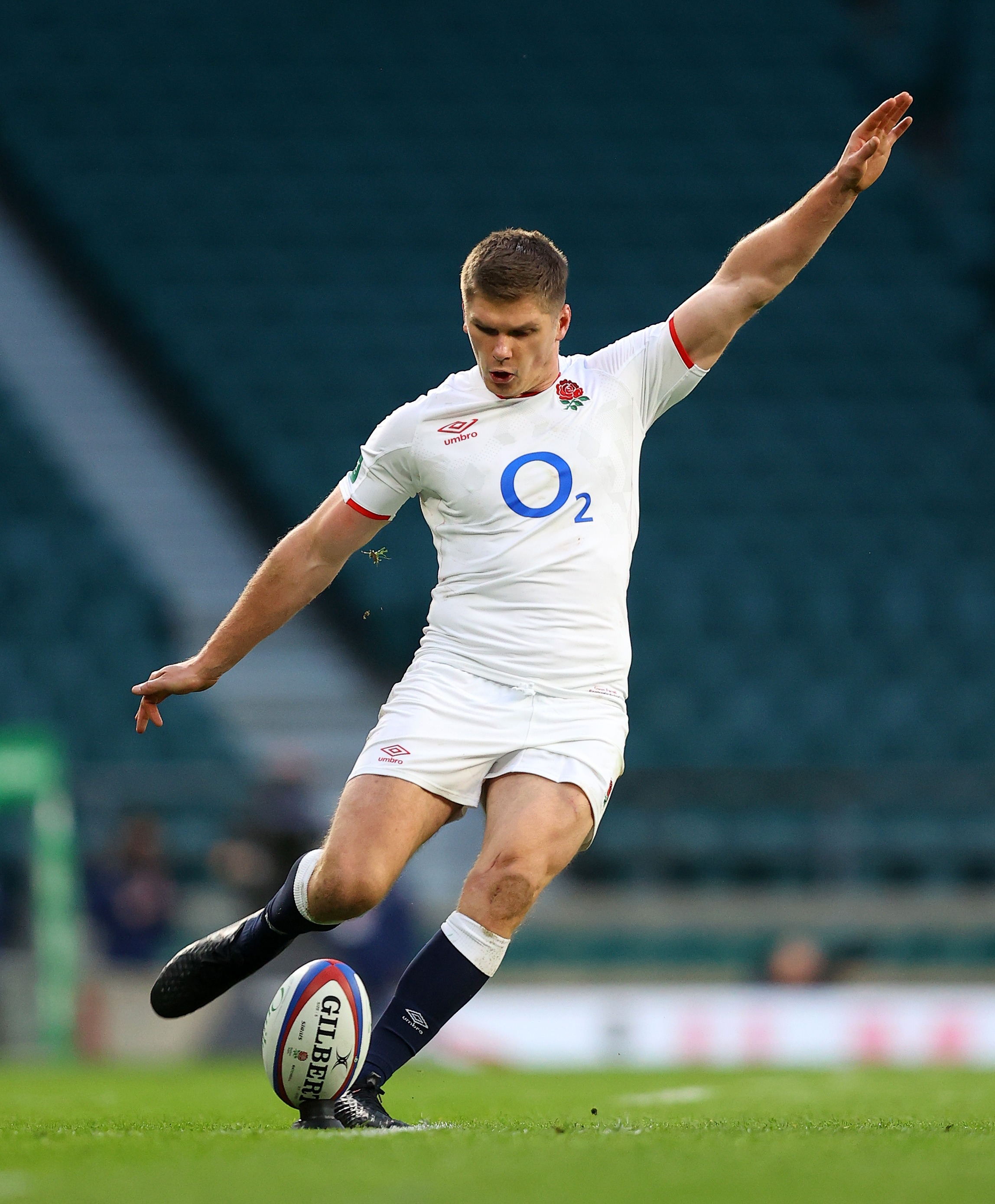 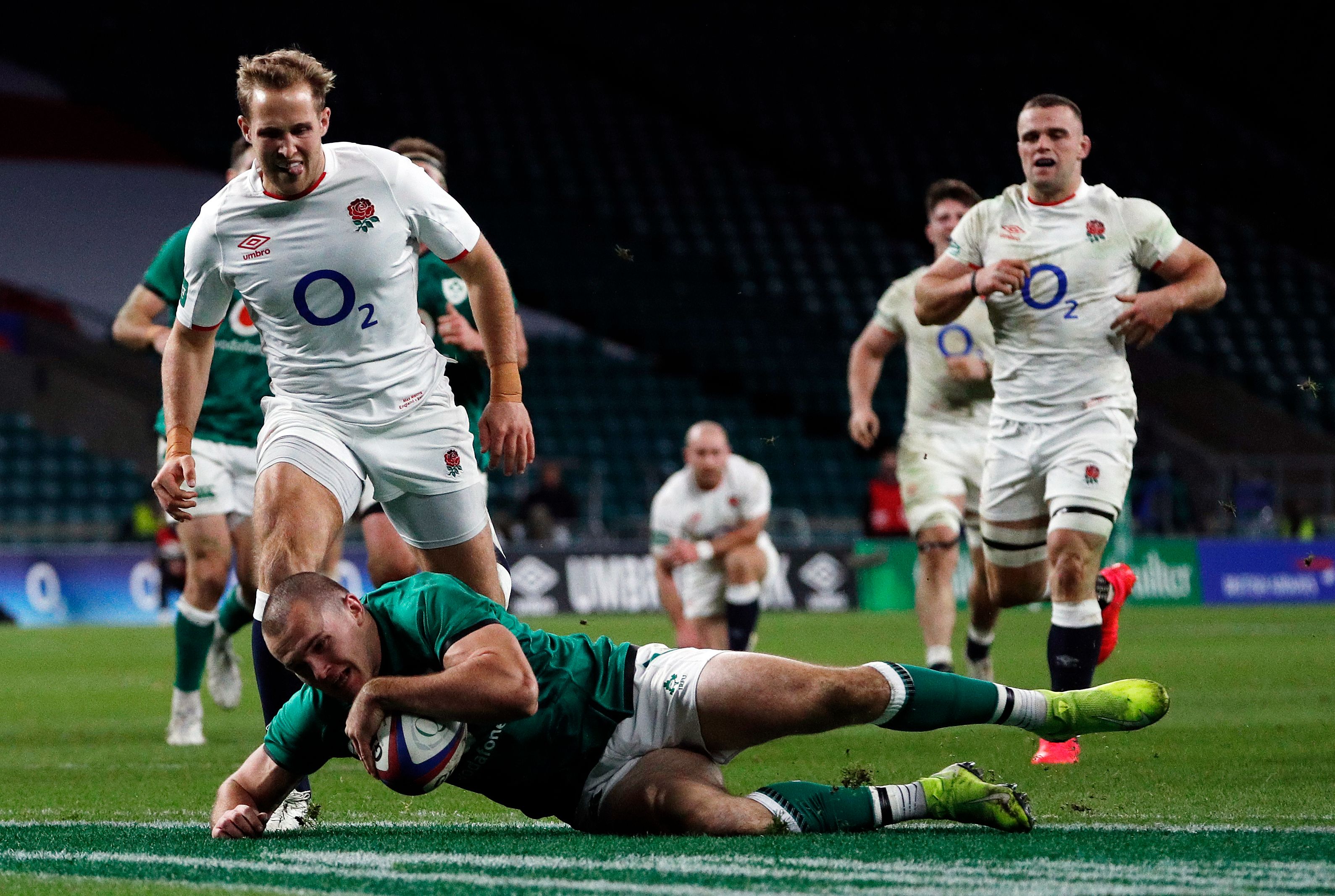