The majority of the Trump campaign’s numerous lawsuits alleging fraud have been dropped, dismissed or denied 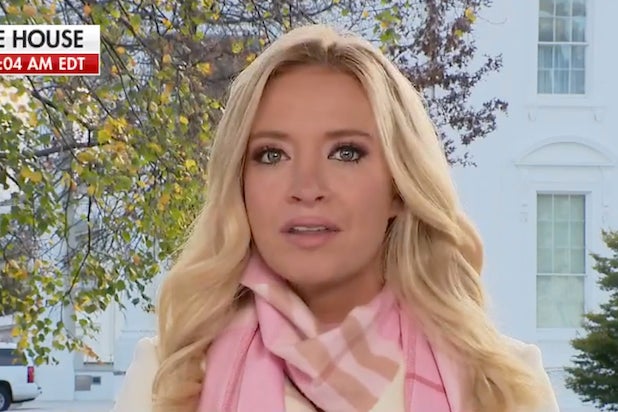 White House Press Secretary Kayleigh McEnany continued to double down on the possibility of a second Donald Trump administration and said Trump would only engage in a peaceful transfer of power to Joe Biden “if the facts bear out that way” during a Wednesday morning interview on “Fox & Friends.”

“If the president doesn’t win and Joe Biden is proven that he is the elected president, what happens with the transfer of power? Will it be peaceful?” Ainsley Earhardt asked.

“This president has always said he will engage in a peaceful transfer of the power if the facts bear out that way,” McEnany replied. “But the president believes — and so too do many others — that if every legal vote is counted, he will remain president. He is pursuing litigation. But this president always wants what’s in the best interest of the country.”

To this day, the Trump campaign’s numerous lawsuits in key battleground states have not been successful in proving evidence of any kind of systemic voter fraud that would have swayed the election in Biden’s favor. The majority of the suits have also been denied or dismissed by the courts or dropped by the campaign itself.

Biden also has more than a 5 million lead over Trump in popular votes and 306 electoral votes over Trump’s 232. Biden was declared the winner by most news outlets — including Fox News — on November 8.