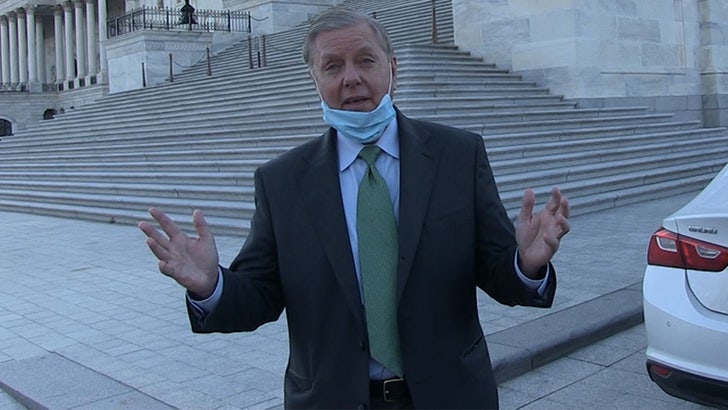 Sen. Lindsey Graham says his fist bump seen ’round the world — with VP-elect Kamala Harris — oughta prove he won’t treat the incoming administration as enemies … with one huge caveat.

We got the South Carolina Senator Wednesday on Capitol Hill, and he dished on that viral moment captured between Harris and him on the Senate floor Tuesday … her first day back after her successful campaigning with President-elect Joe Biden.

While many found their brief, quasi Covid-safe exchange shocking … Graham tells us the American public’s got it all wrong. He says the notion he wouldn’t work with a Biden-Harris administration just because they’re Dems is nonsense.

He added he actually likes Kamala a lot … and told us why. However, he also dropped a big IF on us as far as reaching across the aisle.

Sounds like Sen. Graham and co. are holding out hope President Trump can still overturn the election results … even though Trump’s string of failed lawsuits make it all but a done deal.

With that said, LG seems to be signaling he’ll have an open mind once the drama comes to a final conclusion.

Sounds good, but like everything in D.C. … we’ll believe it when we see it.