A DIY fan who didn't want to shell out hundreds of pounds for a huge Nutcracker Christmas decoration has revealed how they made their own using just cardboard, junk and paint.

The result looks like a professionally made decoration and you'd never know it was created at home. 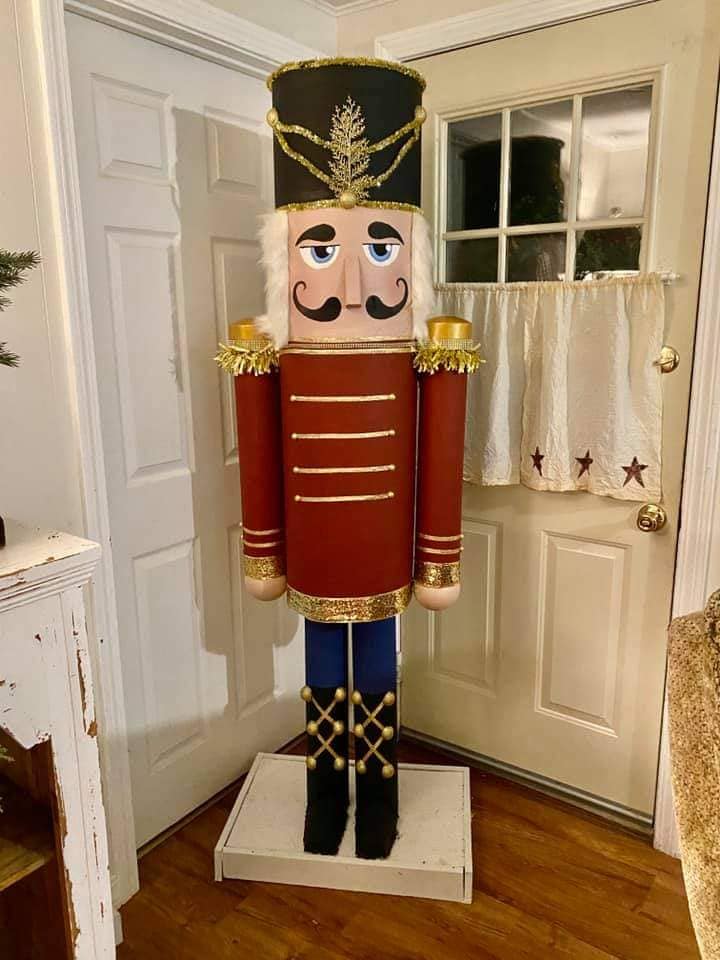 An amazing step-by-step breakdown of the process in pictures was shared on the Facebook group Christmas The Most Wonderful Time Of The Year.

They started with a large piece of cardboard which appears to be a cylindrical heavy-duty tube from the construction company Sakrete.

As for arms and legs, the DIY fan seems to have used cardboard tubes taped to the body.

And the figure has two empty yoghurt pots for feet. 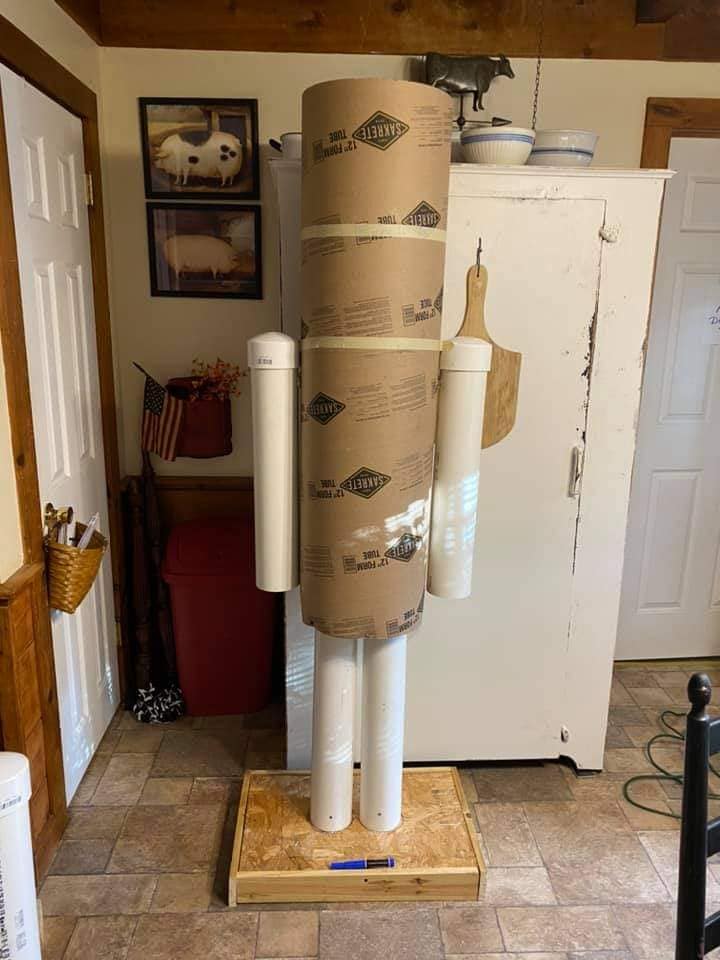 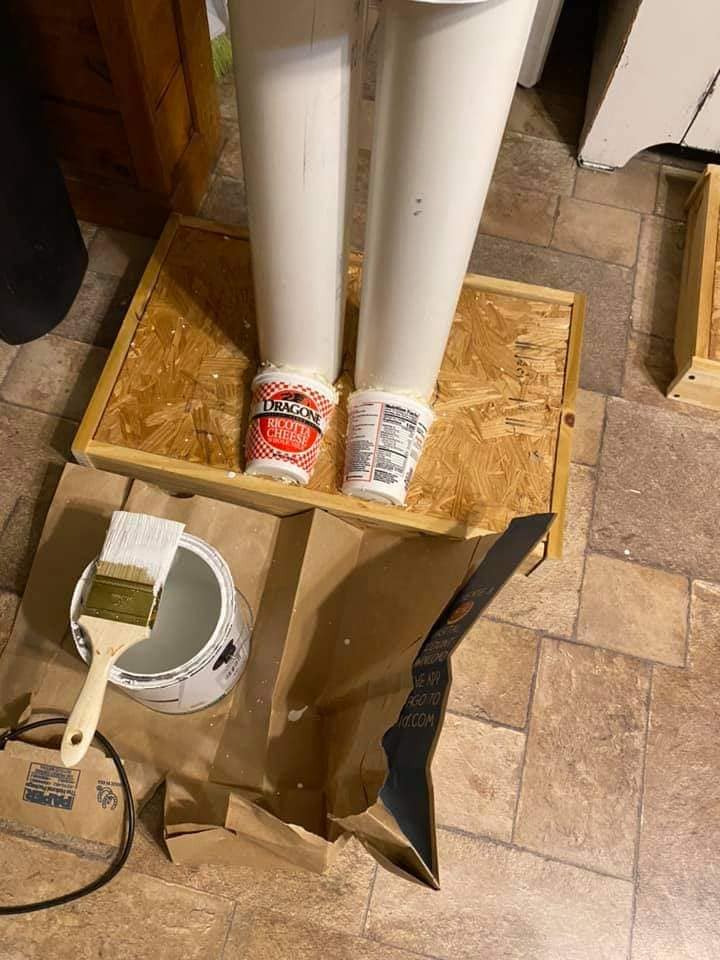 The step-by-step photos show the DIY fan initially coated the figure in a lick of white paint as a base.

They then added a black base for the hat and feet before painting on a pink face and blue trousers.

The creative individual finished by adding a red jacket and details including a cartoonish face and flicks of gold on the hat and boots. 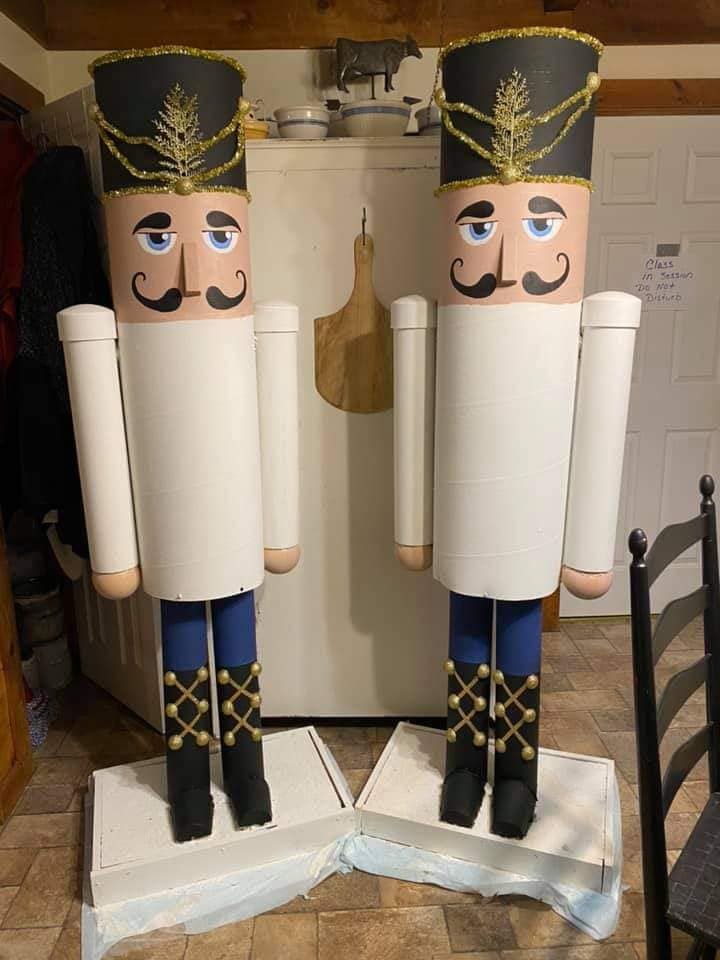 People have flocked to the comments section to praise the innovative craft idea.

A second wrote: "Blinking fab, might have to have a 'crack' at making these." 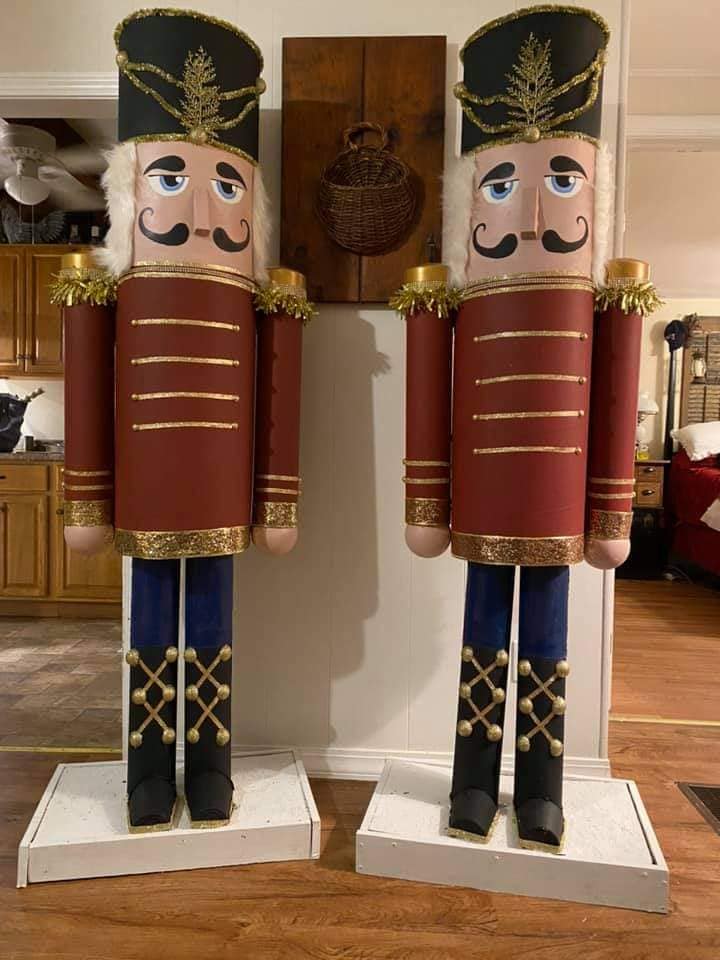 A third chimed in: "Amazing, I love nutcrackers and all the different designs. Due to small space I only have 4 little one."

But another person joked:  "I'd be scared they'd come and get me in the night!"

In other festive news, Christmas fans show off their bonkers themed trees including Simpsons, Disney and the Grinch decorations.

And as we told you previously, shoppers rave over 99p Home Bargains Christmas scented sticks that make your tree smell ‘beautiful’.

Plus, this Christmas lover's home has decorations in every room including a life-size Grinch.